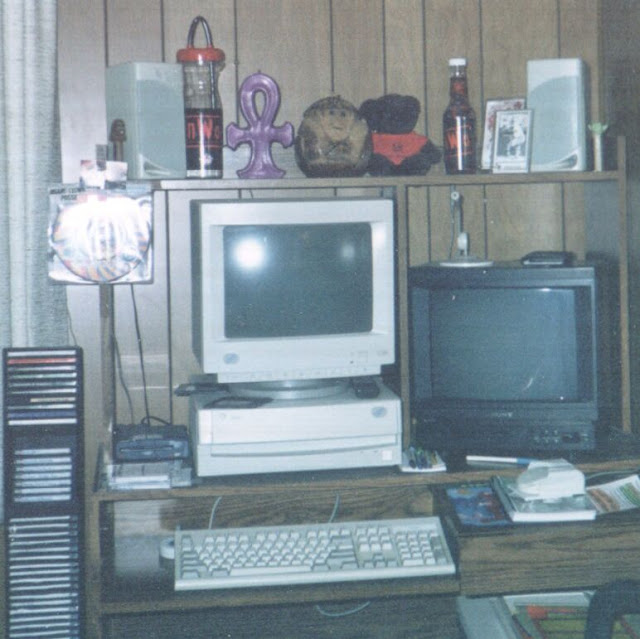 Today is the 30th anniversary of the World Wide Web.  Back in 1989 when it was first invented, no one I knew had a computer.  I remember we got a family computer for Christmas in the early 90's when i lived in Florida, and I don't think I had ever even heard the word "internet" at the time.  The first time I even heard anything about it was from my stepmother.  She told me that there was a service called Prodigy, which she described as a subscription service where you would hook up a phone line to your computer so that you could access an encyclopedia.  I remember thinking that it sounded silly.  Why would anyone pay a monthly fee to read the encyclopedia.  It's right over there on Dad's bookshelf.
Slowly over the next few years, there were more references to the internet on television and in the news.  The Sci-Fi Channel in the mid 90's was one of the few places that would reference their website in their commercials and in short documentaries about the future of computers.  Before I ever got online, I kept a notebook with a list of websites that I learned about from magazines and the Sci-Fi Channel that I couldn't wait to check out.

I was 17 years old when Grandpa and I went to Radio Shack to buy the IBM Aptiva computer in this photo.  It had a 28.8 kpbs modem, and I was excited to go on the internet for the first time.  This was years before DSL modems, so I had to find an ISP with a local phone number - otherwise we would have to pay about .20 cents per minute in long distance fees every time we went online. 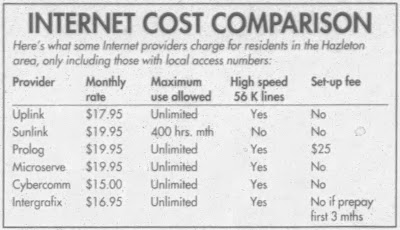 We signed up for an account with Uplink.  In the mid 90's, signing up for internet service meant waiting for the installation discs to come in the mail.  Not a CD ROM... four 3.5" floppy discs with a dialer program.  After the discs arrived, I discovered that I had to call to Verizon and make a change to our home phone before we could go online.  It turns out that you need touchtone to log in to dial up internet.  My grandparents never switched over from their rotary phone because it cost an extra .45 cents a month.  Once that last hurdle was cleared, I was all set to head to Happy Puppy to download demos of DOS games.

Happy 30th birthday to the World Wide Web, and a tip of the hat to Uplink for (eventually) bringing me there for the first time 22 years ago.