Since Brad Miller brought that bamboo plant into the clubhouse, the Phillies have broken a 7 game losing streak by sweeping the Mets in a four game series.  They capped off the sweep by hitting two home runs off of Mets closer Edwin Diaz in the bottom of the 9th.  In each game of the series, the Phillies came from behind to beat the Mets, including two walk off victories (their first two of the season).  This is the first time the Phillies swept the Mets in a four game series since 2007.

The latest walk off home run by Jean Segura earlier today inspired Mets radio personality Mike Francesa to launch into a tirade and suggest that the team head south down the turnpike and allow the '69 Mets to suit up and take on the Braves in their upcoming series. 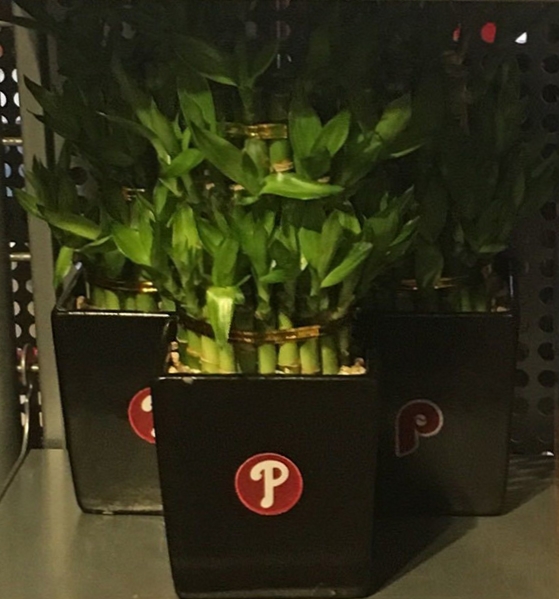 Meanwhile in Philadelphia, bamboo has become the hottest selling item in Chinatown.  Also, Brad Miller's Bamboo has its own profile on Twitter, and the souvenir shops at Citizens Bank Park have gotten on board with their own collection of lucky plants for sale. 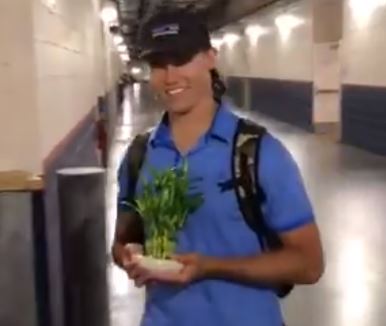 The Phillies are flying down to Miami this evening for a three game series with the Marlins that starts tomorrow.  John Clark of NBC Sports bumped in to Phillies reliever J.D. Hammer, who is making sure that Brad Miller's lucky bamboo makes the trip with the team.