Whoops There Goes Another Bamboo Plant 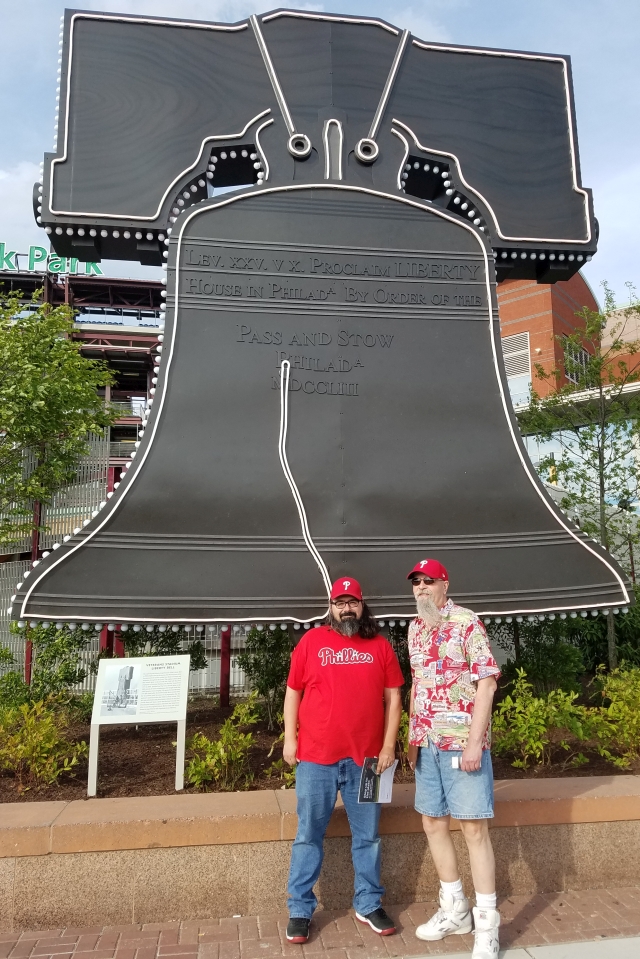 Someone that my dad works with gave him tickets to last night's game, so we had an unexpected Tuesday night at the ballpark.  Because of this, I spent most of the day in a Rockstar and coffee-fueled haze as I tried to get through a day of work without collapsing into a coma, but it was well worth the lack of sleep. 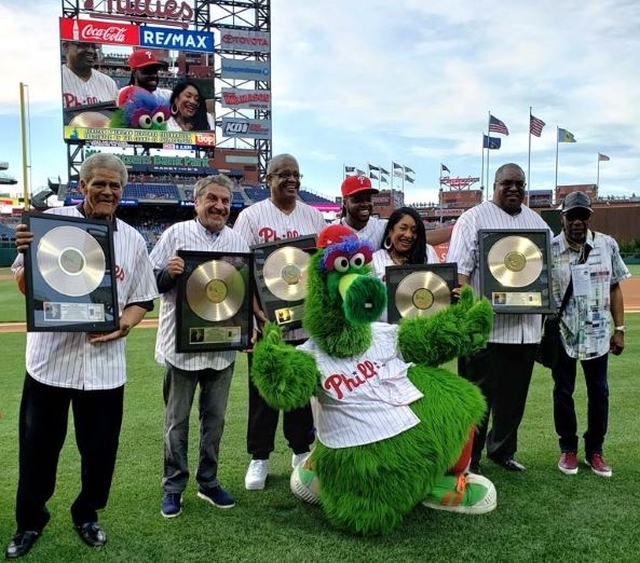 Prior to the game, the Phillies honored The Sounds of Philadelphia as a part of African American Heritage Celebration Night.  The highlight of the celebration was Russell Thompkins Jr (lead singer of 70's soul icons The Stylistics) singing You Make Me Feel Brand New before the start of the game.  He also sang Take Me Out To The Ballgame during the 7th inning stretch. 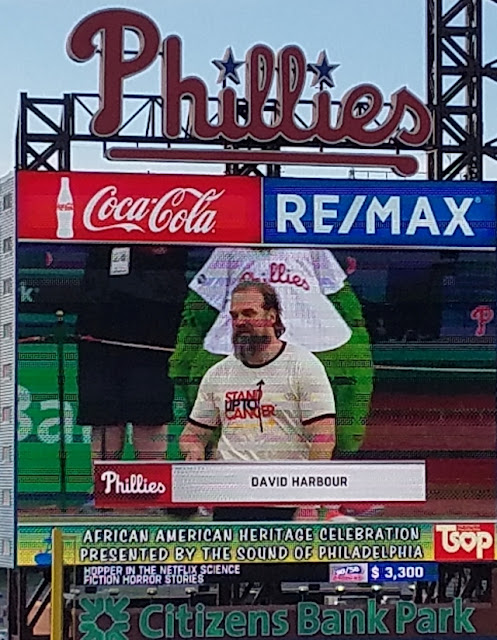 Actor David Harbour threw out the first pitch of the game.  He plays police chief Jim Hopper on Stranger Things, and he showed up to the ballpark without New Coke or an Upside Down Whopper.  On the plus side, it looked like he threw a strike. 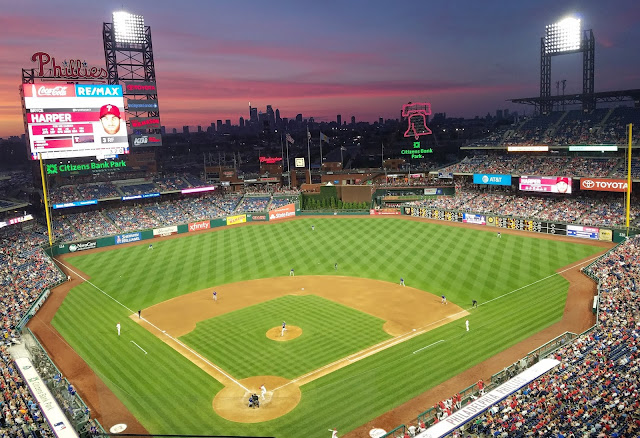 It didn't look like it was going to be a good night for the Fightins for the first few innings.  Jake Arrieta didn't have his best stuff.  He gave up a base hit on the first pitch of the game, and the Mets scored in each of the first three innings, including home runs to Amed Rosario and Dominic Smith. The Phillies hit a pair of solo home runs - Scott Kingery in the 1st and Rhys Hoskins in the 4th.  By the middle of the 6th, the Mets were leading 5 - 2, but the Phillies fought back in the bottom of the 6th.  Bryce Harper drew a walk and J.T. Realmuto hit a double to put runners on 2nd and 3rd with 1 out. Jay Bruce scored Harper from third on a groundout to bring the score to 5-3. Caesar Hernandez then singled to drive home Realmuto, and Maikel Franco hot a two run homer to give the Phillies their first lead of the game. Brad Miller (inspired by his lucky bamboo) came up to bat next and hit his first home run as a member of the Phillies to take a 7-5 lead that the Phillies would hold for the rest of the game.

After giving up home runs in consecutive at bats to Franco and Miller, Mets pitcher Wilmer Font proved himself to be a real piece of garbage by throwing at Scott Kingery's head. He ended up catching Kingery in the shoulder, and instead of ejecting the pitcher, home plate umpire "Cowboy" Joe West issued a warning to both teams. Gabe Kapler came out to argue the ridiculous call and was thrown out of the game. West has been the biggest horses ass in all of baseball for many years, so this is just another line on his long resume of asinine decisions. It's safe to say that absolutely no one in the game will miss Joe West when he's gone.

The Phillies bullpen didn't make it easy, but they managed to get through the rest of the game without giving up a run.  This is the first game in Philadelphia that I've been to with my Dad that the Phillies won.  Whoops, there goes another rubber tree bamboo plant.