A Spark Of Beauty 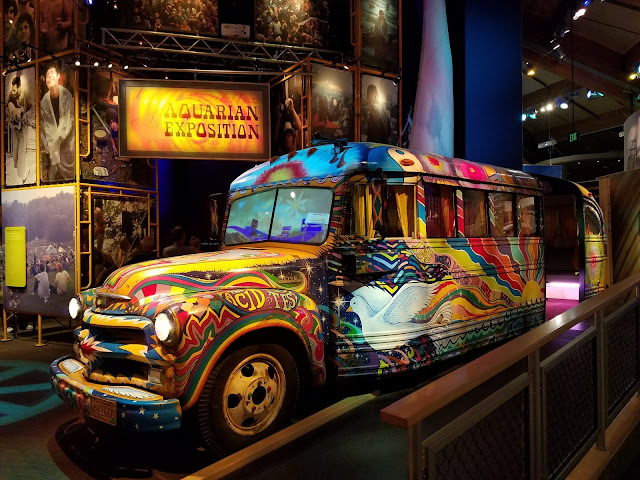 The Museum At Bethel Woods
Bethel, NY
Photo Gallery
If I had access to a time machine and could only make one trip, I'd go back fifty years to August 1st, 1969 and stay for one month.  I'd spend the first few weeks listening to records and experiencing the time, and make my way to Max Yasgur's farm in Bethel, New York in time for Woodstock on August 15th.  Doc Brown isn't going to show up with the DeLorean, but this museum and the incredible men and women who work there and help to share the story of Woodstock are the next best thing to going back in time.

I've uploaded a lot of photos to the gallery, but they don't even come close to doing this place justice.  It's incredible to walk around this place, to read the stories, to put on the headphones and experience the multimedia presentations, to sit in the bus and learn about the journey to Bethel, to see all of the museum exhibits, and to talk to the museum interpreters who put their heart into what they do. 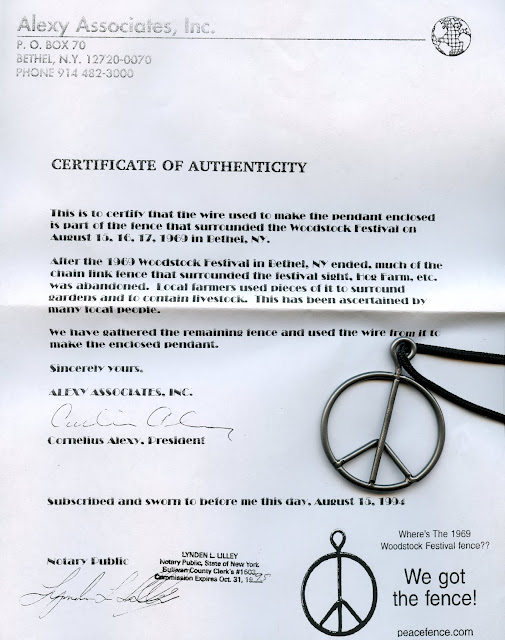 Before leaving, I picked this up at the gift shop.  It's a peace sign pendant made from pieces of the actual chain link fence that originally stood around Woodstock in 1969.  It was meant to be part of the gateway to take tickets and to keep people from sneaking in without a ticket.  It didn't work.  Days before the festival officially began, the fences had been knocked down and torn open, and tens of thousands of people had already begun camping on the grounds where the concert would be held.  It was decided by the festival organizers that Woodstock would be a free concert.

After the concert, the fencing was salvaged by local farmers.  It was purchased by local artist Joey Alexy, who donated a large portion of the fence to the museum and used the metal from other parts to craft these peace sign pendants.  It's no time machine, but it's a very nice souvenir of the museum and a small piece of history from a time and place that I wish I could have been a part of.