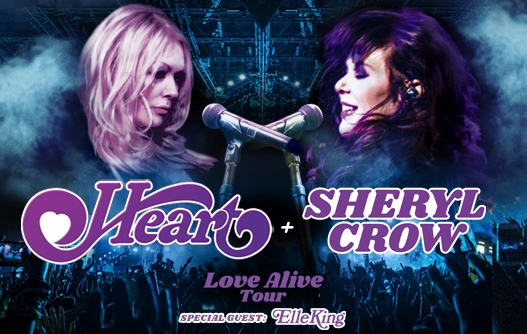 Heart - Sheryl Crow - Elle King
Love Alive Tour
Bethel Woods Center For The Arts - Bethel, NY
This was a very interesting tour.  An icon of rock & roll from the 70's and 80's headlining with an icon of the 90's and 2000's, and with a modern star opening. 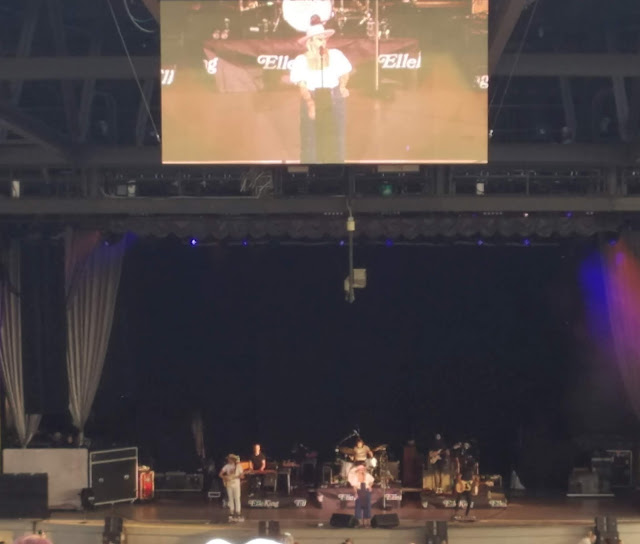 The only thing I knew about Elle King coming into this show was that she's Rob Schneider's daughter and she has a lot of tattoos.  If I'm being honest, her music is not my cup of tea.  It's a little bit more country than rock & roll, and country isn't my genre.  The lyrics came across as a bit too much like a one-of-the-boys or "bad girl" cliché, and her voice has a squeaky, clipped sound that I found to be unpleasant.  I feel like she's trying to be Janis Joplin, but it comes across sounding like what I'd imagine Cyndi Lauper would sound like if she tried to sing with her jaw wired shut.  I know that sounds mean, so I'll give her benefit of the doubt and just say that her music is not part of my generation, so it didn't speak to me.  On a more positive note, she performed one of her hits that I did recognize called Ex's & Oh's, which I enjoyed. 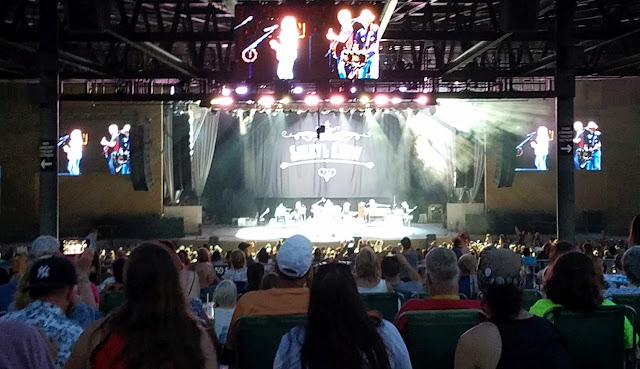 Sheryl Crow was awesome and hasn't missed a beat since I first played Tuesday Night Music Club when I was 13 years old.  On a side note, I still wonder why MTV edited out the "Billy" character from the music video for All I Wanna Do.  She opened with A Change Would Do You Good, All I Wanna Do and My Favorite Mistake.  Then she did a couple of songs from her eleventh album, Threads, which is due to be released at the end of August.  She mentioned that Stevie Nicks sings with her on the second of the new tracks that she performed, and that she tried to sing Stevie's parts in her voice.  After these two songs, she went right back to performing six of her biggest hits, including Leaving Las Vegas as closing with my favorite of her songs, Everyday Is A Winding Road.

This was the fifth time I got to see an artist who has a James Bond theme song on their resume.  The other four were Chris Cornell (You Know My Name), Garbage (The World Is Not Enough), Duran Duran (A View To A Kill), and A-Ha (The Living Daylights).  Each of these four performed their Bond song at the show, but I wasn't lucky enough to make it a perfect 5 for 5 because Sheryl Crow did not sing Tomorrow Never Dies on her set.  I didn't really expect her to, so it wasn't too disappointing.  Besides, it's kind of impossible to be disappointed when one of your favorite artists beautifully performs a ton of hits that you've listened to for over half of your life. 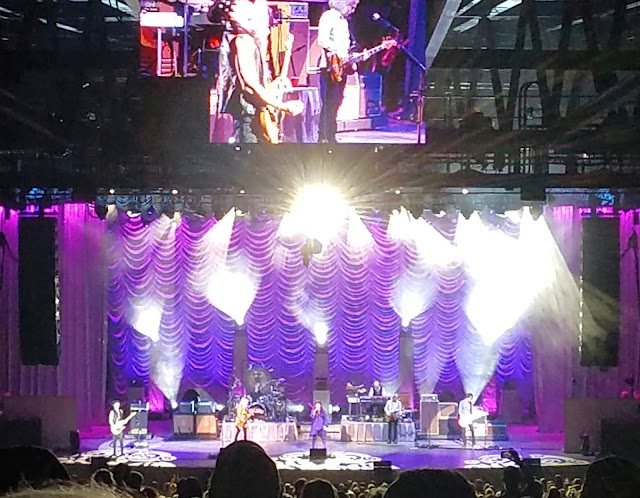 Heart was equally phenomenal.  Ann Wilson has one of the most powerful and distinct voices in all of rock & roll, and it was fully on display.  What About Love sounded just as amazing as it has for the past 30 odd years since it first hit the radio.  However, the highlight for me came about a third of the way through their set when they performed my favorite Heart song, These Dreams.  The song is special to me.  It's for a strange reason that I can't fully explain, but I'll try.  The brain is a funny thing.  Sometimes, two completely different things can become tied together in your mind forever.  For example, every time I eat Royal Dansk butter cookies, I think of the Sega Master System (and vice versa).  Every time I hear These Dreams, I picture myself at six years old laying on my grandmother's living room floor looking at my Garbage Pail Kids stickers.  I've forgotten a million things over the years, but that moment in my childhood has somehow burned into my brain's long term storage.  I closed my eyes for a second at the show while they were playing this song and I could picture it, crystal clear.  It's a beautiful song, and I fully acknowledge that it's strange association, but These Dreams will always touch my heart because it reminds me of a much simpler time.

Their set included a few unexpected cover songs.  Right before These Dreams, the Wilson sisters performed a soulful rock version of I Heard It Through The Grapevine, followed by a beautiful cover of one of my favorite songs of all time - The Boxer by Simon & Garfunkel.  Later in the night, they began their encore with an incredibly haunting rendition of Stairway To Heaven.  After this, the ladies ended the night with two of their biggest hits (and two of my favorites): Alone and Barracuda.