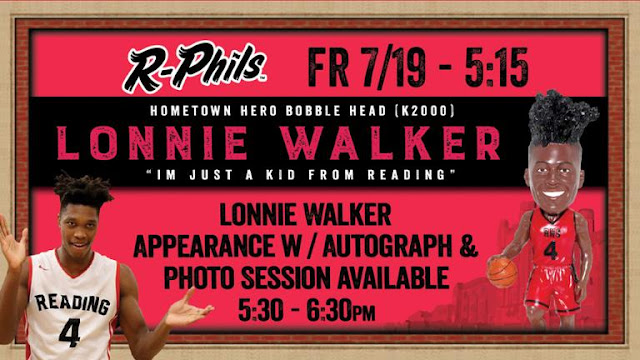 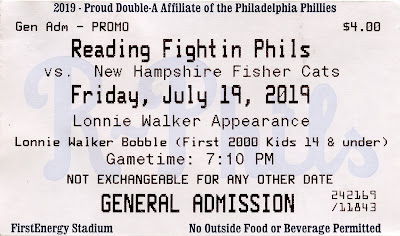 Earlier this month, I won four tickets to tonight's game between the Reading Fightin Phils and the New Hampsire Fisher Cats (the Blue Jays Double A team), so we took my dad and stepmom out to the ballpark for the evening.  However, there were two things that we didn't know when I won the tickets:


We arrived at the ballpark in the 6th inning of the first game and decided to have some dinner at the ballpark before heading to our seats.  I noticed a sign for what I thought was a meat pie on the way out last time, and I was looking forward to trying it today.  It wasn't bad - sort of like a gourmet hot pocket, but not quite what I had pictured from the description. 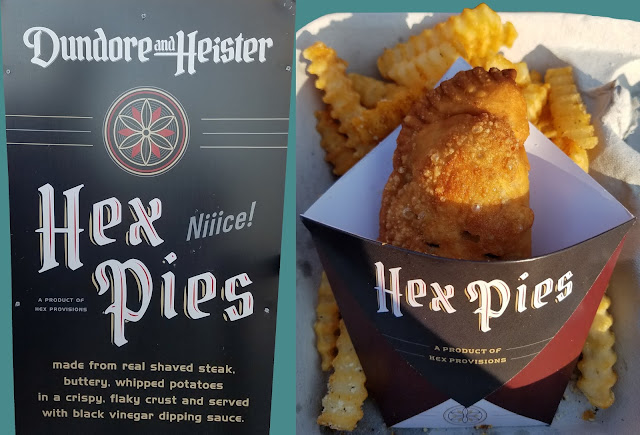 The promotion of the night was an appearance by Lonnie Walker.  He played basketball at Reading High School for the Reading Red Knights.  He went on to the University of Miami to play a season for the Miami Hurricanes before he was taken #18 overall in the 2018 NBA Draft by the San Antonio Spurs.  He made his NBA debut earlier this year on January 3rd in a game against the Toronto Raptors.  He met with fans before the game to sign autographs, and all of the kids who came to the game got a free Lonnie Walker bobblehead.  He gave a brief speech and threw out the first pitch before Game 2.  I know next to nothing about basketball, but I hope his career is successful.  He seems like a good dude. 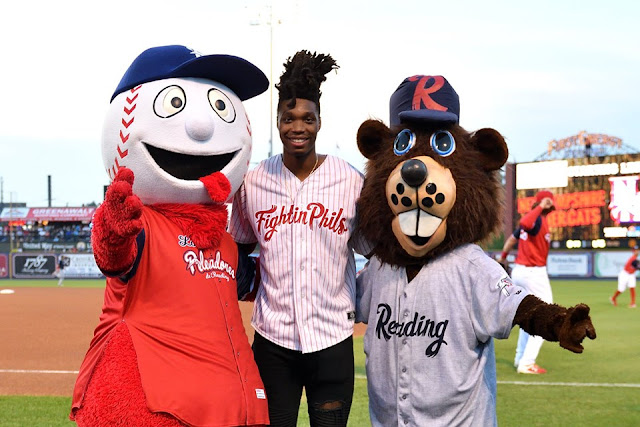 We got to our seats in the bottom of the 8th of the first game, so we got to see the tail end of the Fightin Phils 6-4 victory over the Fisher Cats, including a Luke Williams double that was his fifth hit of the game. 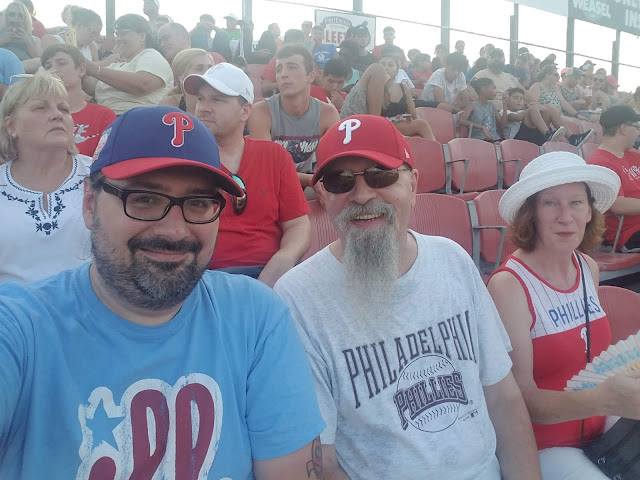 By the time the second game began, pop and I already had a few beers in us and we both looked and felt like we were in a sauna.  Gustavo Armas was making his Double A debut starting for the Fightins, and he did pretty well.  He pitched four scoreless innings and only gave up one hit.  He was followed by Garrett Cleavinger who struck out four in two innings, but gave up a run in the 6th when Logan Warmoth grounded out and scored Santiago Espinal from third.  Jonathan Hennigan struck out the side in the 7th for his second save of the season.

On the offensive side, former 1st pick overall Mickey Moniak went 0-2 with a walk.  He also made a hell of a great catch in center field.  Alec Bohm went 1-2 with an RBI groundout.  The Fightins scored their second and third runs when left fielder Josh Stephen doubled to score Darick Hall and Cornelius Randolph. 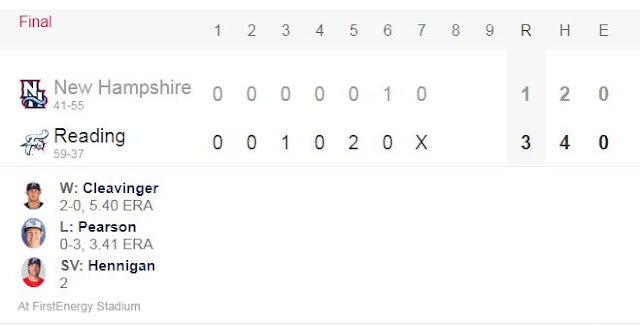