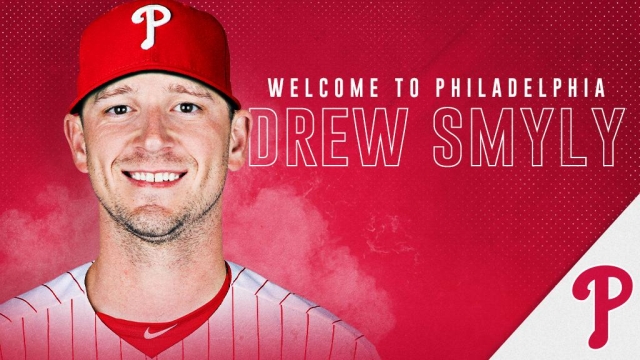 Most of the fan reaction to this signing has been negative or sarcastic, but those opinions are off base.  Drew Smyly is not an ace, and he would very likely be the first one to tell you that.  However, this was a smart signing for several reasons:

The bottom line is that ownership is not going to go over the Luxury Tax threshold - period.  They've never gone over the threshold since it was first implemented in 1997 (and then brought back in 2002).  It's possible that they might do so at some point in 2020 or 2021 if the right opportunity presents itself, but they're absolutely not going to put themselves in that position when they're sitting at a distant third place in the NL East with a team that has more holes than they could possibly fill in the current trade market.

Additionally, they will not part with the few top tier prospects that they have in their minor league system, nor should they.  Alec Bohm could very well be the Phillies starting third baseman in 2020, and that's a hell of a lot more valuable than a rental pitcher, or even a pitcher with one more year of team control.  Their other top prospects include Adam Haseley and Mickey Moniak, both of whom play center field, which is one of the positions they would presumably want to fill in a trade.  When you've committed $330 million to Bryce Harper over 13 years, you're going to need cost-controlled players so that you can continue to be active in free agency, so it doesn't make a lot of sense to trade young, home-grown talent that could contribute for six seasons before hitting the open market.

Smyly made his Phillies debut yesterday in a start against the Pirates, and gave up one run on four hits with 8 strikeouts over six innings.  Considering that Velasquez and Pivetta combined to pitch six innings only four times all year, the addition of Smyly is a low risk gamble that is absolutely worth taking.