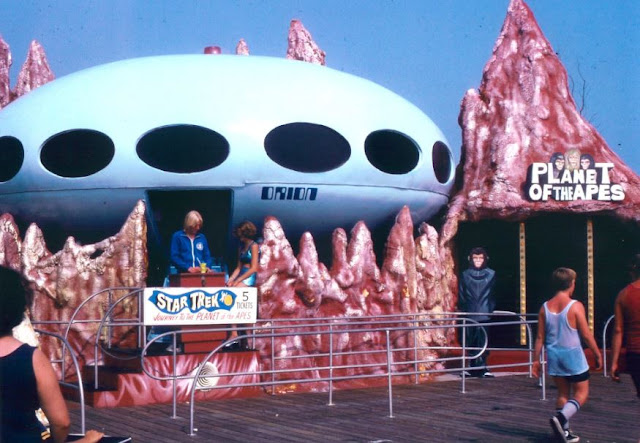 Star Trek: Journey To The Planet Of The Apes (1975)
Morey's Pier - Wildwood, NJ
In 1975, vacationers to the Wildwood boardwalk were treated to an incredible sci-fi crossover experience.  The ride was created by Fred Mahana with the UFO portion created from a 1968 Futuro prefabricated home.  It was described by Wildwood Video Archive as "a one-of-a-kind attraction which allowed riders to travel through space until their ride was cut short by apes who would attack the crew".

The ride would continue for three years until it was converted into a Star Wars themed attraction for the summer of 1978.