Star Wars At The Seashore 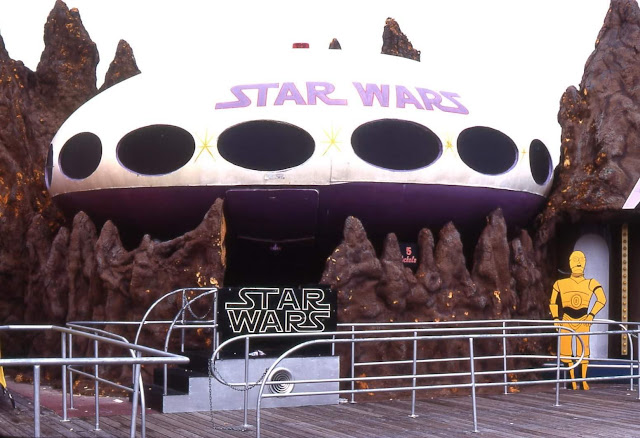 Star Wars: The Ride (1978)
Morey's Pier - Wildwood, NJ
This incredible photo (above) was shared by Lack Emeyer whose father recently scanned a collection of slides from the late 70's.  The ride debuted on the Wildwood boardwalk in 1975 and was originally called "Star Trek: Journey To The Planet Of The Apes" and was converted for the summer of 1978 when the world was in the grip of Star Wars fever. 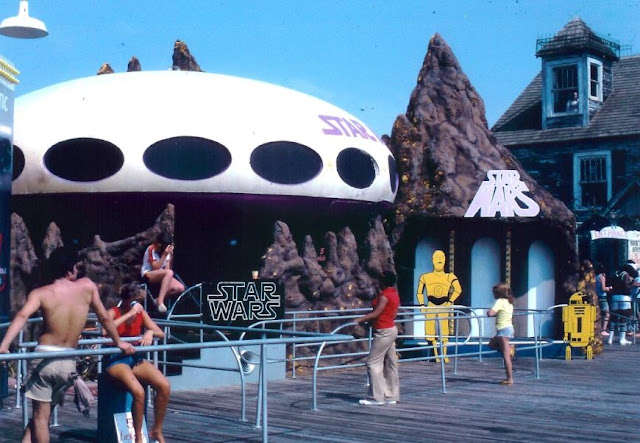 The photo from FredManaha.com shows the mountain on the right of the ride's entrance.  This would later become Darth Vader's mask when the ride was converted for the release of The Empire Strikes Back.