The Boardwalk Strikes Back 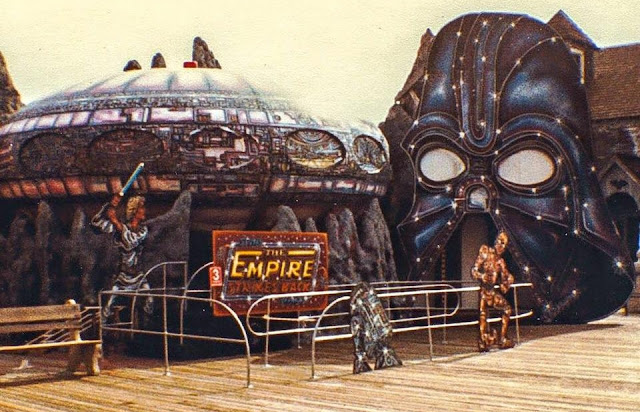 The Empire Strikes Back: The Ride (1980)
Morey's Pier - Wildwood, NJ
The Star Wars ride was updated after the release of The Empire Strikes Back in the spring of 1980.  The spaceship, which had been white in the days of the Star Trek and Star Wars ride, had been painted like the Millennium Falcon, and the mountain on the right was turned into a massive Darth Vader helmet (photo credit: James Ippoliti). 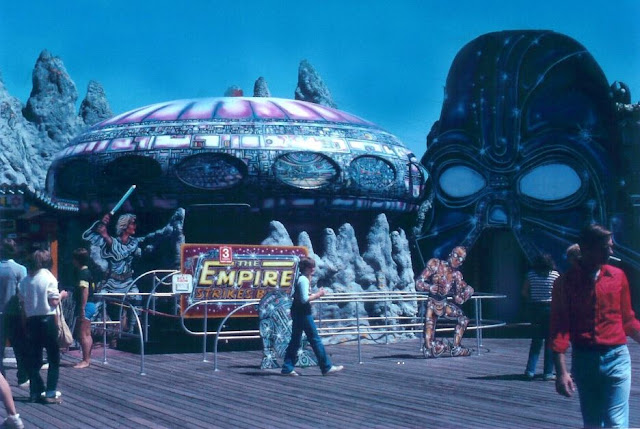 After the ride closed, the UFO portion was moved to Berlin, New Jersey.  In 2014, it was put up for sale on eBay as a Futuro Home.