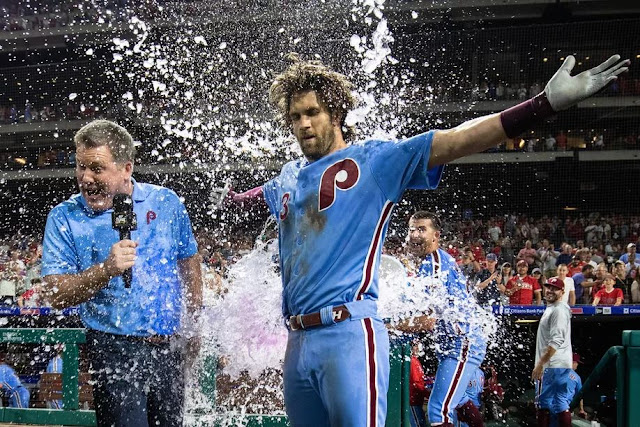 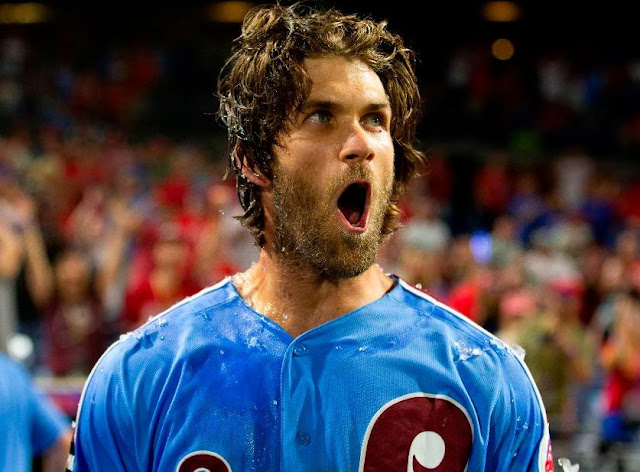 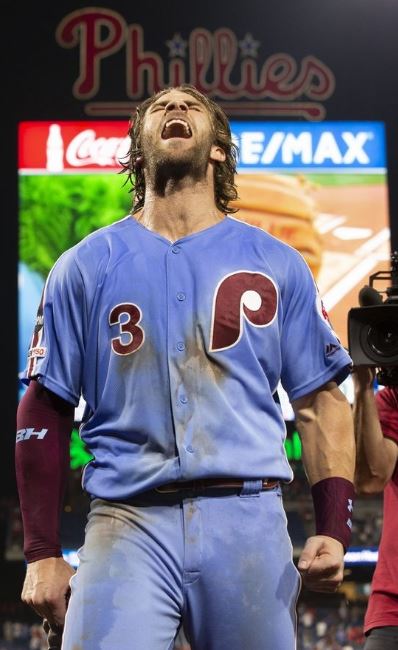 Bryce Harper
Philadelphia Phillies (2019)
This is the moment that every kid who has ever played little league has fantasized about - bases loaded in the bottom of the ninth - two strikes - and here's the pitch...

Last night, Bryce Harper lived that moment.  The Phillies were down 5-2 in the bottom of the ninth.  Harper stepped up to the plate and smashed a second deck grand slam that became an iconic moment in the history of Philadelphia the second the bat made contact.  With this win, the Phillies have just swept the Chicago Cubs and remain undefeated since Charlie Manuel returned to the team as the hitting coach.

This may be the moment when the 2019 Philadelphia Phillies turned it all around.  Just watch.  It's a thing of beauty.