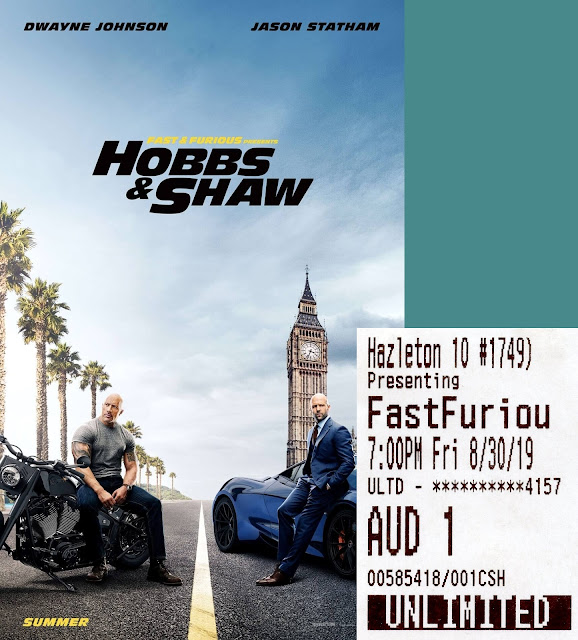 Hobbs & Shaw
Universal Pictures (2019)
I've never been a big fan of the Fast & Furious series.  They're decent films, but I've never been into cars as anything other than a way to get from place to place. so much of their appeal is lost on me  I was pleasantly surprised that this didn't feel like a Fast & Furious film, but more like a traditional 80's action film.  I especially liked the scenes in Samoa with The Rock and Roman Reigns.  As a Hawaiian, I've always seen the Samoans as the bad ass big brother of our greater Polynesian family, so the battle scene was especially satisfying and enjoyable.