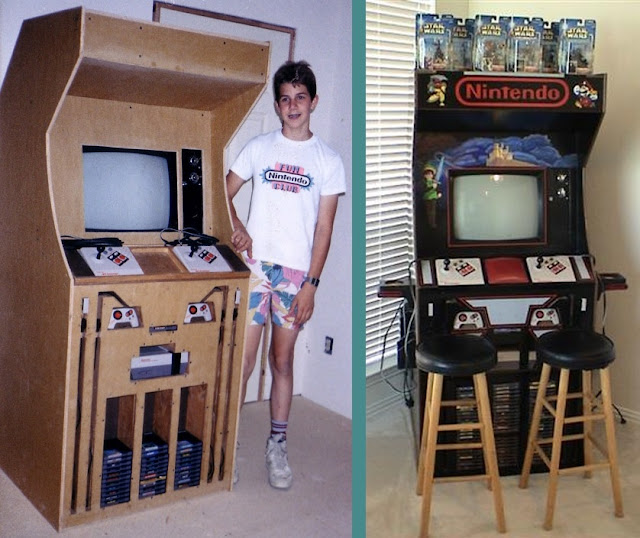 The photo on the left has been making the rounds across Reddit and social media for a few years, and I wanted to learn more about it.  Unfortunately, most of the places where it was posted didn't bother to give a source, and a few seemed as if they were tying to pass it off as their own work.  After a bit of searching, I found the person who built this very impressive Nintendo home arcade cabinet. 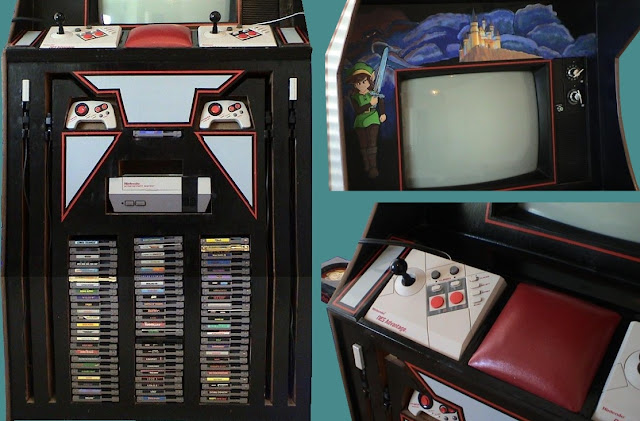 This NES arcade cabinet was built in the late 80's by a 13 year old gamer named Will Turnbow in the summer between 7th and 8th grade.  It has a 19" CRT television as the monitor with two NES Advantage joysticks and places to hold two traditional controllers and two NES Max controllers (my weapon of choice back in the summer of '89).  The bottom of the cabinet has an open area to hold three stacks of NES cartridges, and the sides have built in cupholders and slots to store tip books and gaming magazines.  After he finished the cabinet, Will sent a letter to Nintendo Power with a photo, which was published in the July/August 1989 issue. 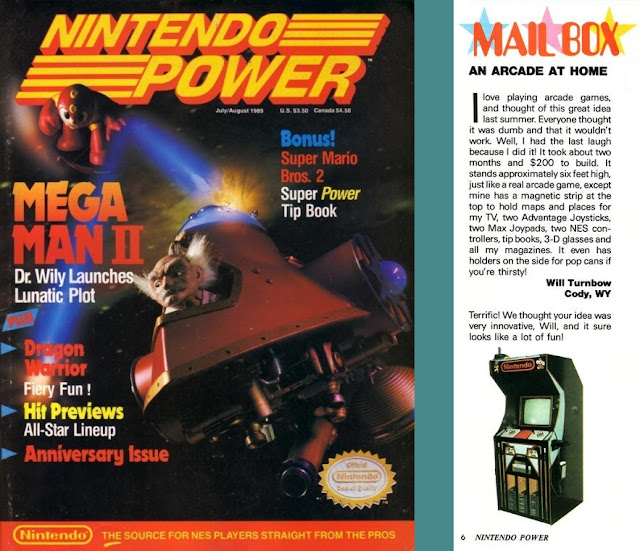 It's absolutely incredible work, and from what Mr. Turnbow wrote in his blog, it has held up well with age and is still functional today.  If I ever manage to turn one of the garage stalls into an arcade, I'd like to attempt to build a similar cabinet.