Ghosts Of Burgers Past 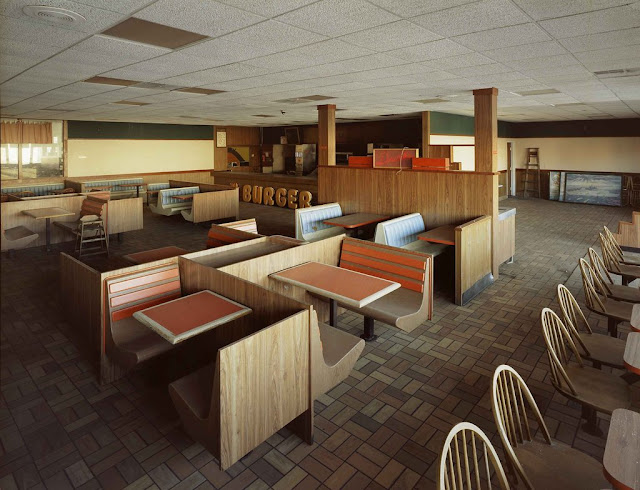 Abandoned Burger King
Governors Island - New York City, NY
For 30 years, Governors Island was the largest United States Coast Guard installation.  It was a self-contained residential community that had a population of about 3,000.  It was decommissioned as a military base in 1996 and opened for public use in 2005.

While it was still in service for the Coast Guard, the island had the only Burger King in the country that served beer.  It was in building 785 along with a bowling alley, and it remained unchanged from the day it opened.  Photographer Andrew Moore took this photo of the abandoned restaurant in all of its 80's glory before it was torn down.