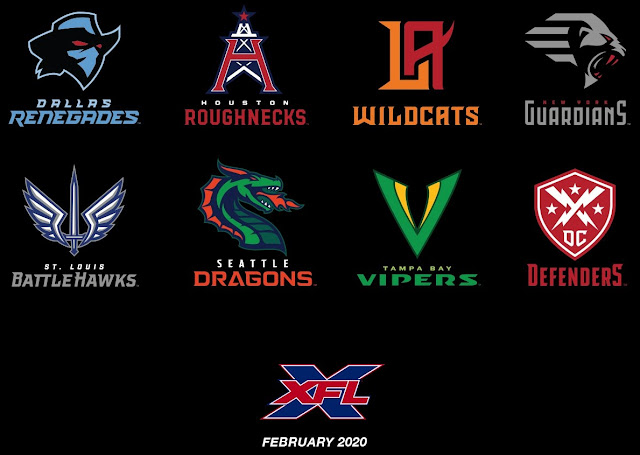 Vince McMahon's second attempt at the XFL football league is set to debut in 2020.  They announced the team names and logos in a tweet this past Wednesday.

The first run of the XFL was a complete disaster, but it wasn't for their lack of marketing.  I went to WWF New York in 2001 a couple of weeks before they played the first XFL game, and they hype was pretty intense.  They actually had incredible ratings for their debut on February 3rd, 2001, but the games were so awful that the ratings tanked after that.  Hopefully they'll do a bit better this time around.