I Was Happy In The Haze Of A Drunken Hour 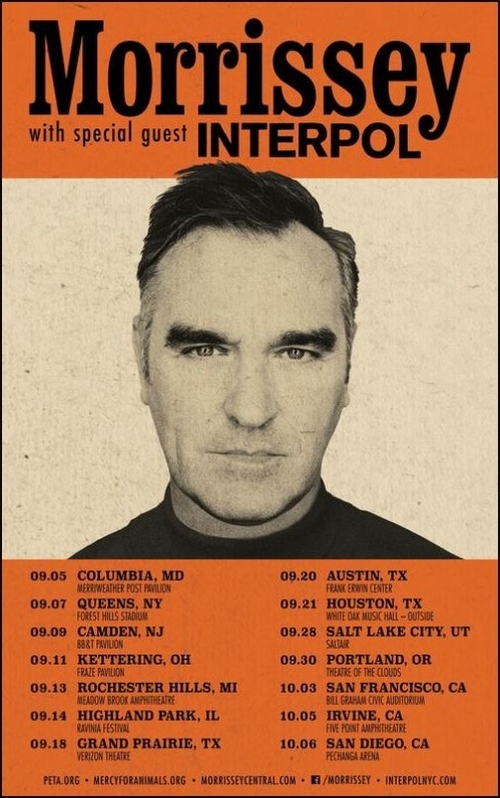 Interpol - Morrissey
Fall 2019 US Tour
BB&T Pavilion - Camden, NJ
Photo Gallery - Videos
I've been looking forward to this show for a long time.  I've loved The Smiths and Morrissey for as long as I've known what music was, and I've grown to respect Morrissey more than any artist I can think of.  I don't share all of the same views that he has, but I admire the fact that he is genuine at all times.  He didn't conform to groupthink in the 70's and 80's and he doesn't now.  He is an individualist who thinks for himself, and he is unapologetic when his viewpoint conflicts with others.  Also, he has fought through depression to write and perform beautiful music that has been a source of comfort and relaxation throughout my life. 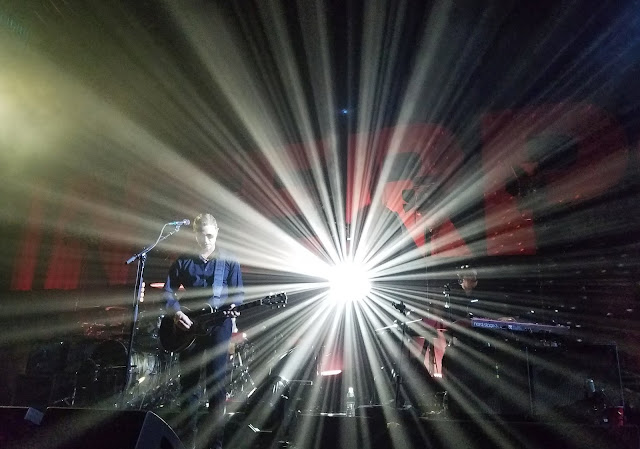 Interpol began at around 7:30.  I haven't heard much of their work prior to this show.  My first impression is that the music was incredible, but the volume on the vocals was so low compared to the guitar and bass that the set would have been just as good if Paul Banks decided to not sing at all.  I gather that this is a style choice, but I don't know for sure. 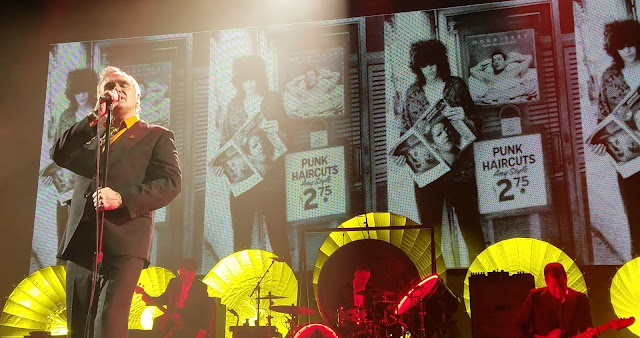 Morrissey took the stage at around 9:00 with all of the swagger and presence that you would expect from a king.  He opened with How Soon Is Now, Alma Matters and Hairdresser On Fire, the latter of which has one of my favorite lyrics ("Here is London, home of the brash, outrageous and free. You are repressed but you're remarkably dressed. Is it real?").  This was followed up with two of my favorite Moz songs: Suedehead and I Wish You Lonely.

Next, he performed three cover songs off of his latest album, California Son - Morning Starship, Wedding Bell Blues and Lady Willpower, and later in the night, he sang Some Say I Got Devil from that same album.  He remarked between songs that the album got terrible reviews, but he didn't seem to care, nor should he. 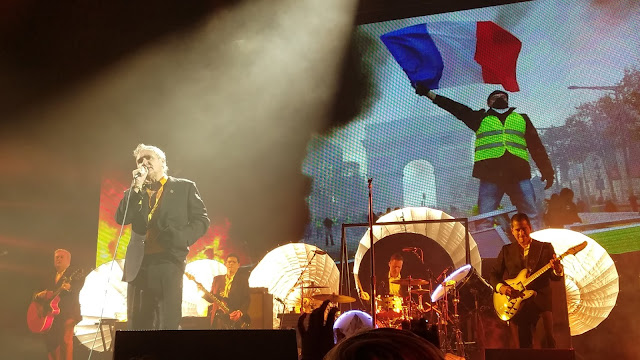 Afterward, Moz went into some of his songs from the 90's and 2000's, starting with I'm Throwing My Arms Around Paris, Why Don't You Find Out For Yourself and If You Don't Like Me Don't Look At Me.  Then came his tribute to the Manchester United players who died just over 60 years ago with Munich Air Disaster 1958, and a track from 1985's Meat Is Murder - That Joke Isn't Funny Anymore.  Later in the night, he sang The Bullfighter Dies, which I absolutely love for its brash, in your face message about a brutal human behavior and the justice of the bull coming out victorious. 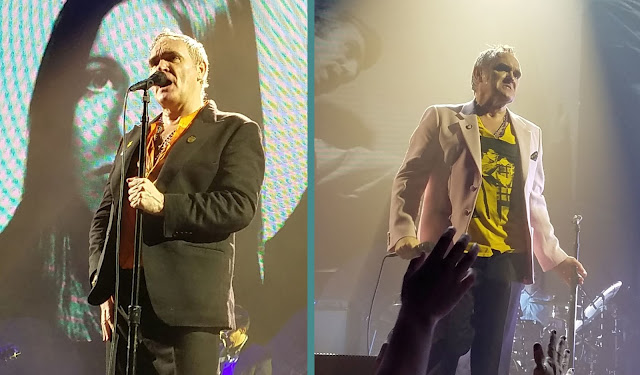 After Bullfighter was over, he sang one of my favorite songs of all time from any artist: Everyday Is Like Sunday.  I didn't know if it was going to be on the setlist, and I feel incredibly lucky that it was.  I, and everyone around me, sang along with every word as we soaked in the moment.

When he came back on stage to perform his encore (in a Bruce Lee t-shirt and white sport coat), he gave a a heartfelt show of appreciation for his fans.  Seconds later, one of those fans who was standing just a few feet from me jumped up on stage.  Security was pretty quick to pounce on the guy, and thankfully, it turns out to be just a harmless fan who had a few too many to drink and he just wanted to shake Morrissey's hand.  Moz took it in good stride and graciously shook the guy's hand, while we all breathed a sigh of relief that it wasn't a douchebag attempting a protest.  They didn't kick the fan out, but they did plant a member of security right in front of him to stop it from happening again.

At the end of Speedway, Morrissey pulled a Hulk Hogan move by tearing his Bruce Lee shirt off and tossing it into the crowd.  The fans who caught it fought with each other, and security came out later with a pair of scissors to cut the shirt in half so that each of them could have some.  Dude, I love Morrissey, but I'm not fighting anyone to bring home his shirt.  I was hoping he'd conclude with First Of The Gang To Die, but the show ended after Speedway.  No complaints at all though.  It was an incredible show from the first moment to the last, and it's an experience I'll never forget. 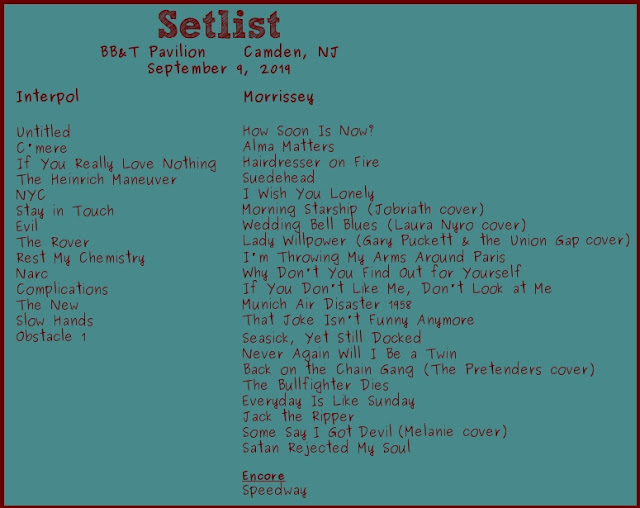