Don't Dream It's Over 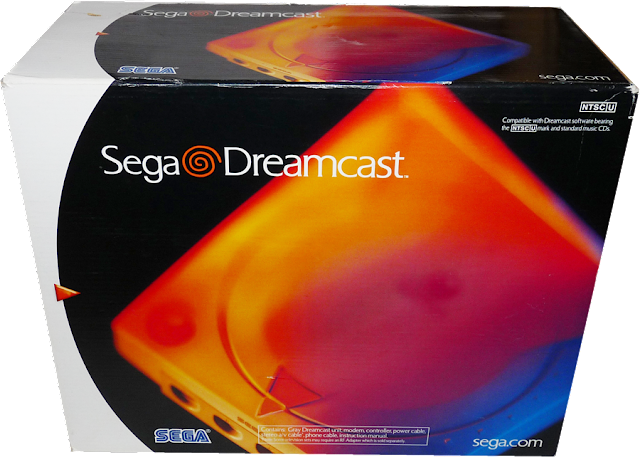 Sega Dreamcast
The last video game console released by Sega first hit store shelves on 9/9/99 - twenty years ago today.  In many ways, the Dreamcast was years ahead of its time.  It was the first major console to ship with a built in modem.  This feature is taken for granted today, but it was a huge breakthrough in the late 90's, when even PC gaming online was in its infancy.  It also was the first dual screen console with removable VMU memory cards with an LCD screen that plugged into the controller.

I spent hours playing Sonic Adventure, Tony Hawk Pro Skater, Shenmue and Phantasy Star Online on the Dreamcast.  Even the demo disc was a lot of fun.  It had a fun and addictive puzzle game called Sega Swirl, and a full web browser which, at the time, was the only way to see the internet on a screen larger than my computer monitor.  In more recent years, homebrew developers have used the Dreamcast to emulate vintage consoles like the NES and Genesis with impressive speed and accuracy.

It may not have lasted long, but the Dreamcast won't be forgotten.