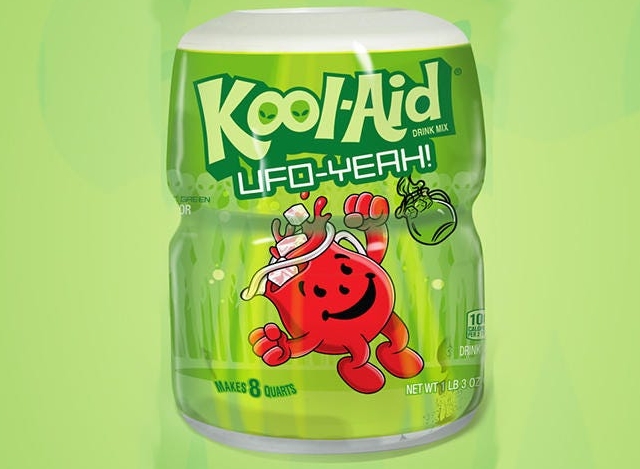 Intergalactic Green
Kool-Aid (2019)
Only 900 glow-in-the-dark canisters of this limited edition UFO-Yeah Kool-Aid have been produced.  They're being given away in a Twitter contest in tribute to the people who have attempted to organize a raid on Area 51.  After all, it's important to stay hydrated when you're dodging gunshots in the desert for a chance to see an alien. 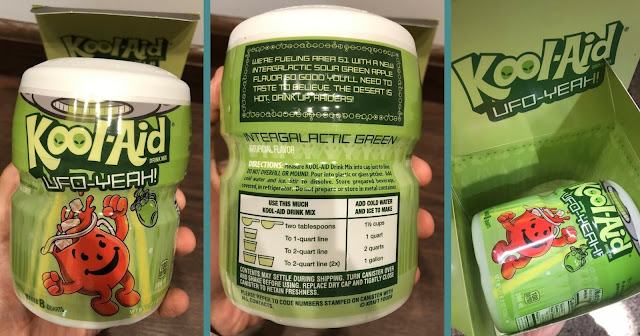 Update: the flavor is sour green apple, and they're already being sold on eBay for over fifty bucks.