Closing The Book On Kapler 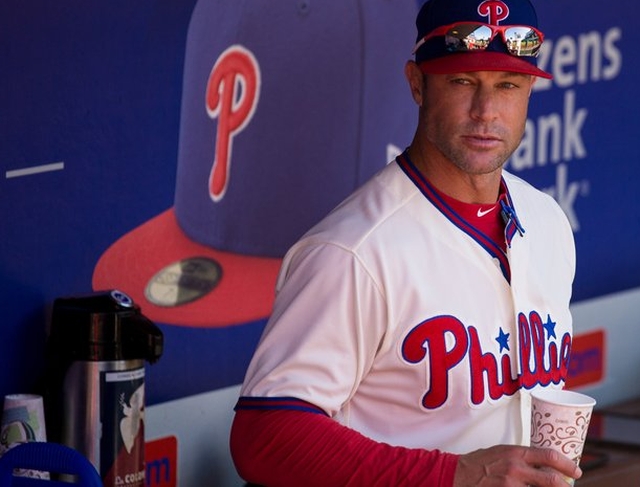 Gabe Kapler
Philadelphia Phillies manager: 2018-2019
Six days after firing pitching coach Chris Young, the Phillies front office has announced that Gabe Kapler will not be returning to manage the team in 2020.  John Middleton took forever to make up his mind, and

Kapler seems like a good guy, but he was a poor fit for the city and the team.  His lack of managerial experience was evident throughout his two years with the Phillies.  Far too often, it felt as if he entered the game with a pre-game strategy, but no ability to make adjustments when the reality of the game in front of him didn't match the hypothetical scenarios predicted by his analytics.  Additionally, he came across like he was trying to be one of the boys instead of being the boss.  He failed to hold players accountable in a meaningful way for a repeated lack of hustle, and was a difficult person to take seriously.  I'm sure that the players liked him, but it's easy to like a boss when he turns a blind eye to playing video games on the job.  It's poor leadership, plain and simple.  This team is in desperate need of an experienced leader who will bring more to the team than a cheerleader with a one-dimensional analytic approach.

If I had to guess, I would say that Buck Showalter will be hired to replace Kapler, but the team has also been connected to Joe Girardi and Joe Maddon.  Whoever it ends up being, I hope they have the backbone to stand up to the front office and make their own decisions, and to offer more than excuses and platitudes in the the post-game.  A new manager cannot be the only change the Phillies make if they hope to contend in 2020, but it's an important first step.