The Lionheart and The Iceman 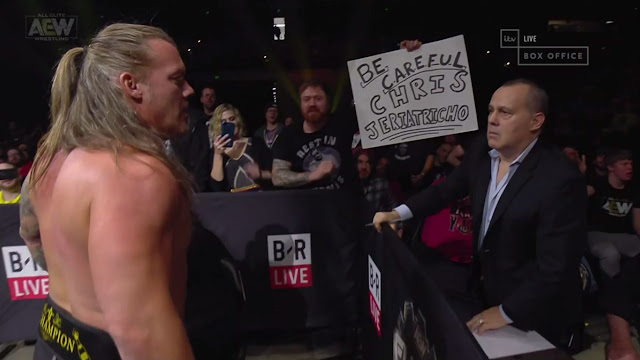 AEW Full Gear
Royal Farms Arena - Baltimore, MD
The entire show was incredible.  I would have preferred to not see MJF turn on Cody Rhodes.  I thought his heelish character as the asshole friend of the company's main good guy was interesting and something that I can't remember seeing in pro wrestling.

My favorite match of the night was the championship match between Jericho and Cody, but my favorite moment of the night took place just a few minutes into that match.  Jericho rolled outside of the ring to catch a breather, and he ripped the notebook off of the table of one of the judges.  That judge was Dean Malenko.  The two former WCW Cruiserweight Champions of the late 90's stared each other down for a few seconds in an awesome tribute to their feud 21 years ago in WCW.