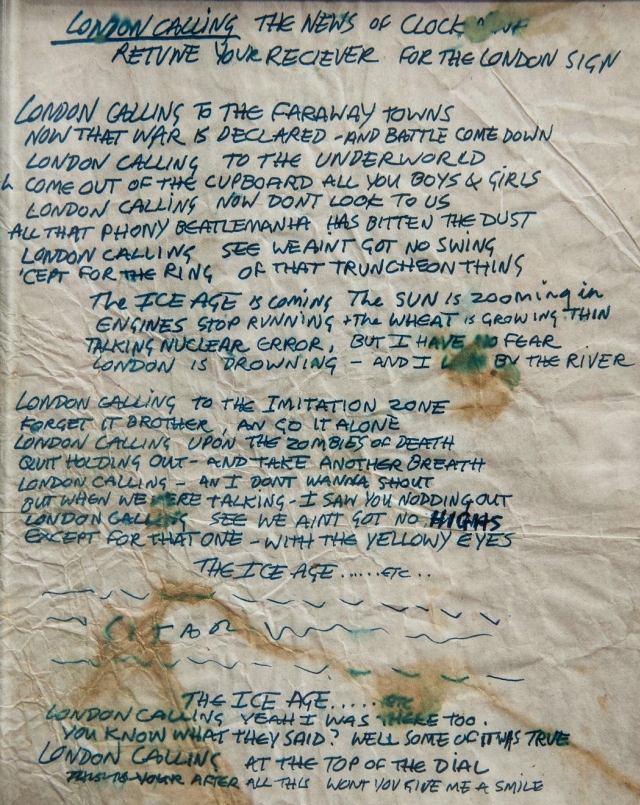 London Calling
The Clash (1979)
These are the original lyrics handwritten by Joe Strummer for one of the greatest rock songs of all time.  London Calling was the first song off of their third album of the same name.  The single was released on December 7th, 1979 with the full album coming out in the UK forty years ago today.  The album made it to the United States after the new year, which is perfectly appropriate in hindsight.  I can think of no perfect song to represent the end of the 70's and the beginning of the 80's.