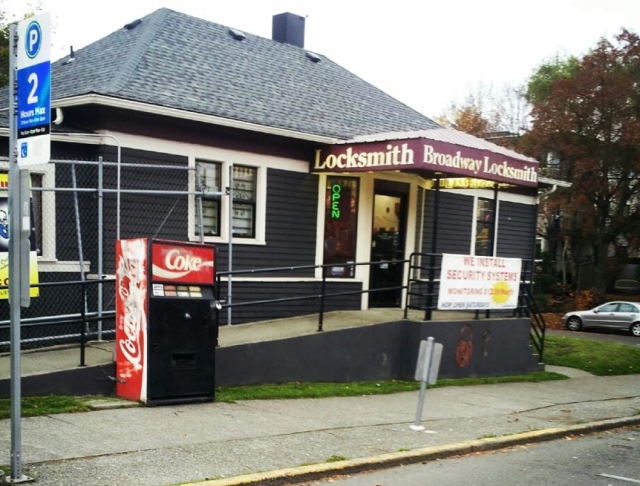 The Mystery Coke Machine
Capitol Hill - Seattle, WA
It's not common for a soda machine to be featured by USA Today or to have its own Wikipedia page, but this one is worth the attention.  This Coke machine from the 1970's has sat outside Broadway Locksmith on the corner of John Street and 10th Avenue East in Seattle for at least 30 years.  Eric Hayes, who owns the Broadway Locksmith, said that the machine was there when he bought the building and opened his business in 1986. 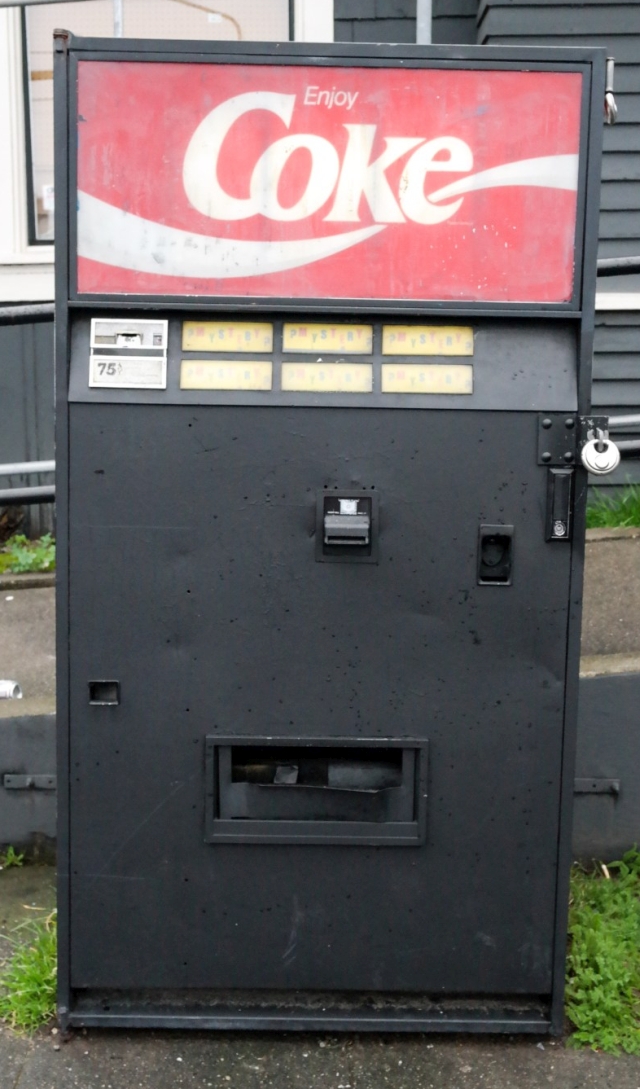 In all of the years that the Mystery Coke Machine has been here, no one has ever reported seeing it being filled with new soda or emptied of money, but it was always full and in perfect working order.  However, that's only the beginning of the mystery.

This machine used to have five traditional soda buttons and one Mystery Button, but over the years, all of the buttons have been converted.  Buying a soda really is a mystery because there seemed to be no pattern to it other than the fact that what comes out is always a Coke or Pepsi product.  For example, Hilary from HilaryStyle.me (from whom I "borrowed" some of these photos) reported that she and her family got two Cokes, a Peach Fresca, a Mountain Dew, a Seagrams Ginger Ale, a Cherry Dr. Pepper, a Tab cola and a Strawberry soda.

People have reported getting a few oddities from the machine, including foreign sodas, discontinued flavors (including Hubba Bubba Bubble Gum Soda and Pepsi AM), and can designs from the 80's and 90's.  Others have said that their can of soda had three quarters taped to the bottom of the can, giving them an instant refund for their purchase  There's no word on if this happened with the soda that had allegedly been decades old.

Sadly, Seattle's Mystery Soda Machine disappeared in the summer of 2018, but it will live for many years to come on YouTube and in countless blogs, all of whom have beat me to the punch as of the time of this writing.