Plan Ahead For April 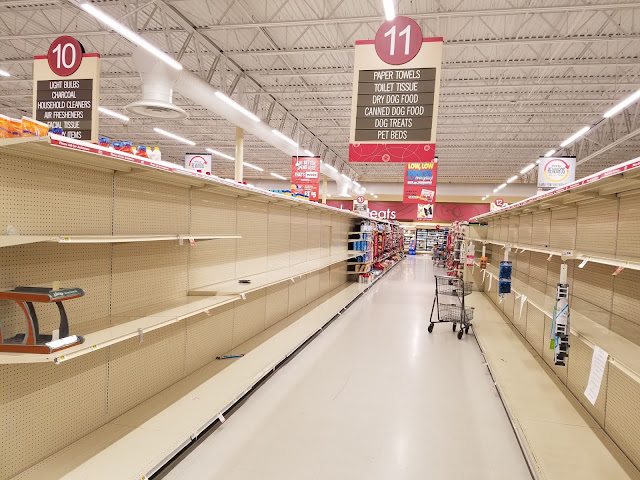 Weis Market
Hazleton, PA (March 2020)
If you had any interest in wiping your rear end over the next month, I hope that you stocked up.  I've been to a bunch of different stores across three cities over the past week and most of the paper products aisles look like this.  In fact, the only place I was able to buy toilet paper was a Staples in Wilkes-Barre, and I think I just lucked out because a lot of people don't realize that they sell that sort of thing.

While I was there, a man from the meat department was stocking the coolers with steak and hamburger.  He said that it was the last that the store had, and customers have told him that Weis is the only store in Hazleton that has red meat available for sale. 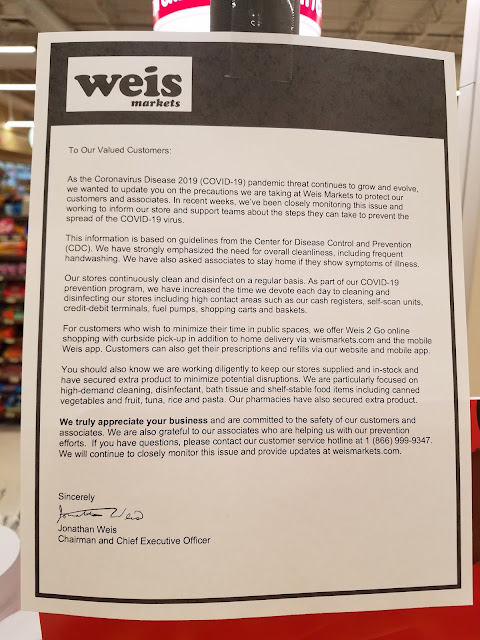 The store was out of stock on many different items, but there was still plenty for everyone for now.  I suspect this won't be the case by this time next week.  Governor Wolf has recommended that all non-essential businesses in four counties close in an effort to prevent further spread of the virus.  I believe it's only a matter of days before we begin to see businesses temporarily close their doors on a wide scale throughout large parts of the country - especially as the number of infected people continues to rise.

Even if food processing plants, distribution warehouses, trucking companies and grocery stores do remain open, it is very likely that they will see a massive reduction in their work force as employees who are infected miss work and remain in quarantine.  That combined with the number of consumers stockpiling food and essential goods to ride this out is going to further decrease the availability of many of the things we take for granted.  Additionally, there simply aren't as many stores as there used to be.  Amazon and Wal-Mart, and a massive increase in online shopping has caused the closure of hundreds of stores in recent years throughout the country, such as K-Mart. CVS, Walgreen and Family Dollar.  Bottom line is that in the second quarter of 2020, there will be fewer healthy people to produce and deliver the goods, and fewer retail locations for them to deliver to.

This side effect of the Coronavirus is arguably as dangerous to your health and well being as the virus itself. 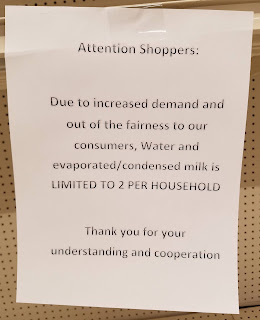 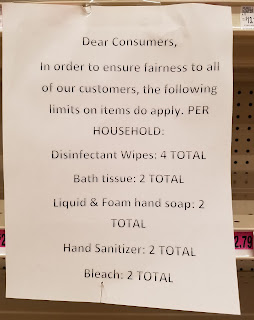 Even when the threat has passed, it's going to take time before production facilities are able to get back to their full production and distribution capacity, and when they do, it is likely that stores will be dealing with very large crowds of people buying out the stock of products that will have been unavailable to them for days or weeks.

All of the memes and jokes about people hoarding toilet paper may seem funny to you now, but keep in mind that these products don't simply materialize out of thin air at your local stores.  Think about how many human beings are involved in the production of a product, from the suppliers of the ingredients to the producers of the finished product to the packaging and distribution of that product, and keep in mind that if these people are under quarantine, the supply chain slows and eventually stops.

The world as you knew it has been put temporarily on hold.  Remain civil, but be smart and plan ahead.