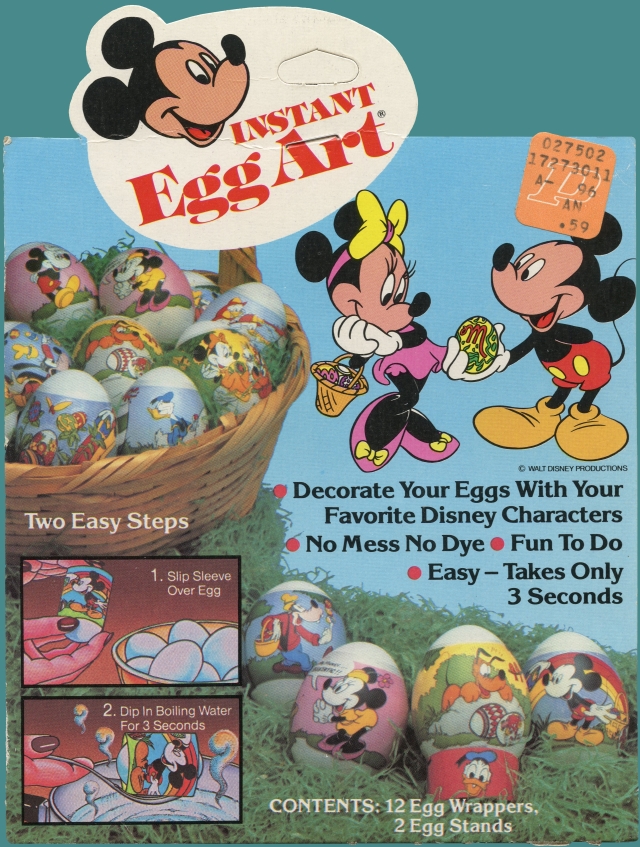 Mickey Mouse Instant Egg Art
Disney (1985)
These were found next to The Smurfs Egg Wraps in the drawer in my grandparent's kitchen.  Like The Smurfs ones, my grandmother bought them from Rea & Derick when I was a kid, but the price sticker makes me think she bought these a year or two later.  This is from Peoples Drug which acquired the Rea & Derick chain of drugstores in 1985.

There were four different Disney egg wraps left over in this package, but the picture on the front shows at least one other design that we must have used up before they got packed away. 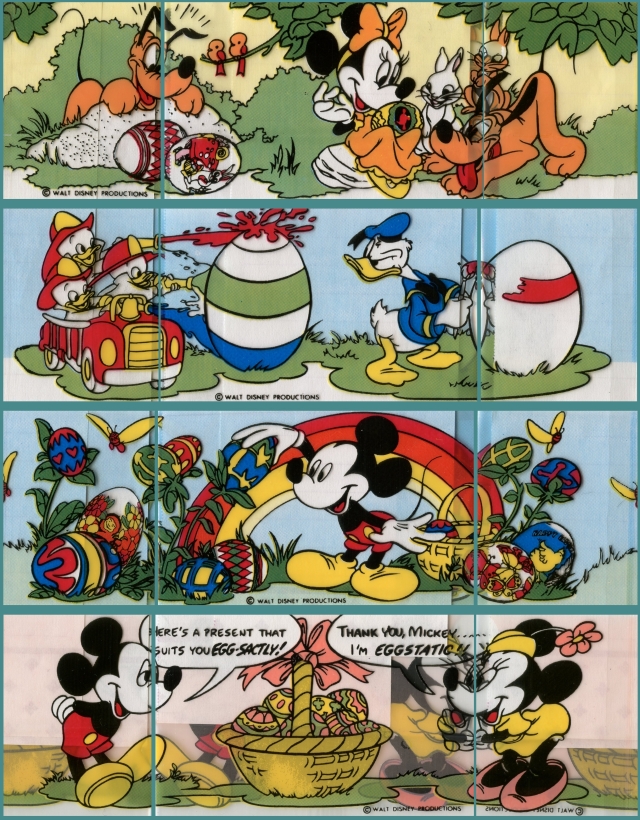 The back of the package had two little cardboard egg stands that could be cut out and folded together to prop up the eggs. 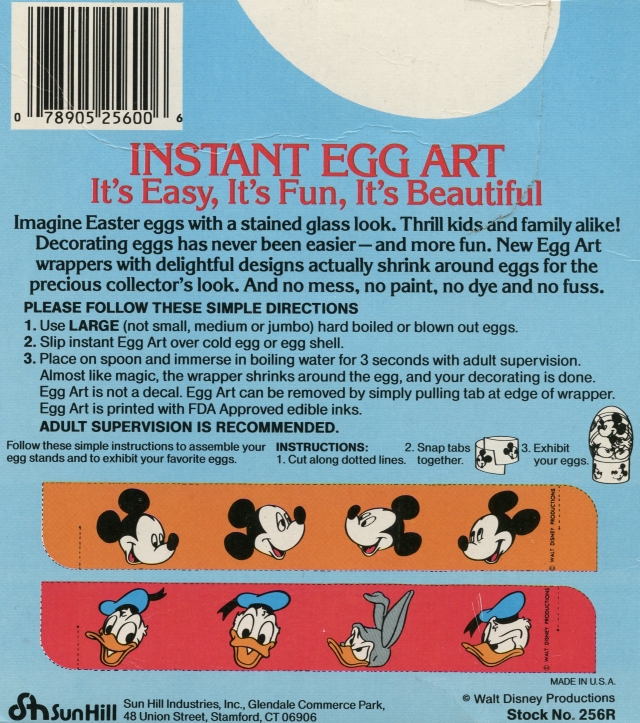 There were also some leftover Looney Tunes egg wraps that got stored in the package with the Disney ones.  I don't have the outer package for these, but the Easter artwork includes Bugs Bunny, Daffy Duck, Tweety Bird, and Sylvester Cat.  The copywrite on these is from Easter Unlimited 1984, which is the same manufacturer and year as the Smurfs ones, so these were probably bought at the same time as those and happened to get stored in with the Disney set. 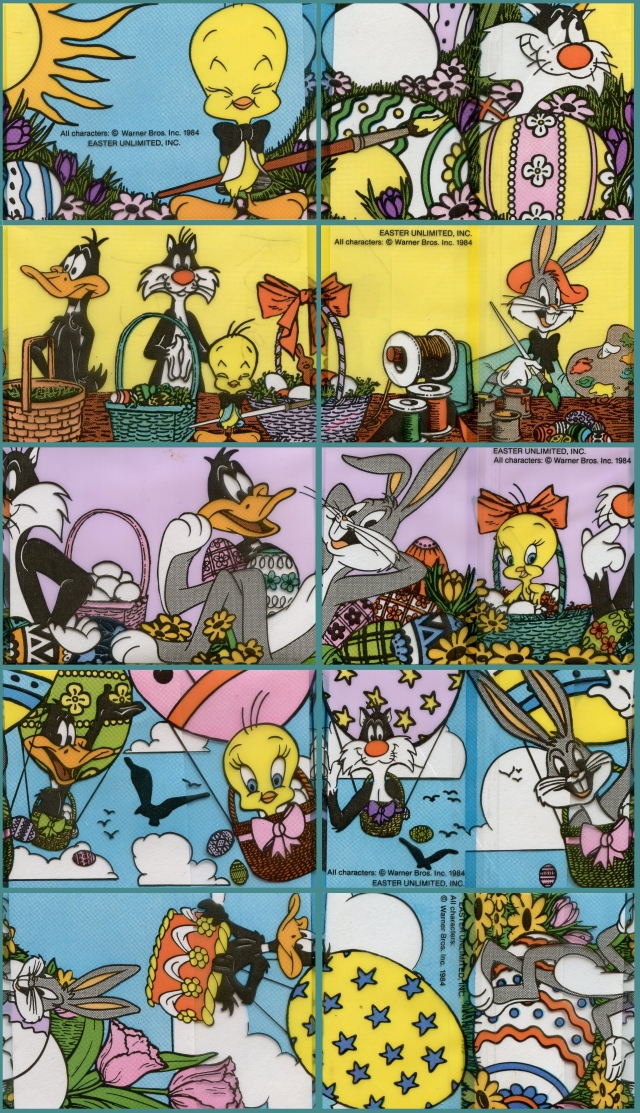 I think that there were at least two other Looney Tunes designs that were originally in the package with these five.  The photo below was taken in my grandparent's kitchen on Easter Sunday in 1987.  The egg on the top looks like it's from the set, although I can't be sure because there are no cartoon characters visible on it.  However, you can definitely see Tweety on the egg on the middle rack at the far right, and the beginning of the word "Happy".  None of the leftover egg wraps have large words on them, so I'm guessing we used up all of that particular design. 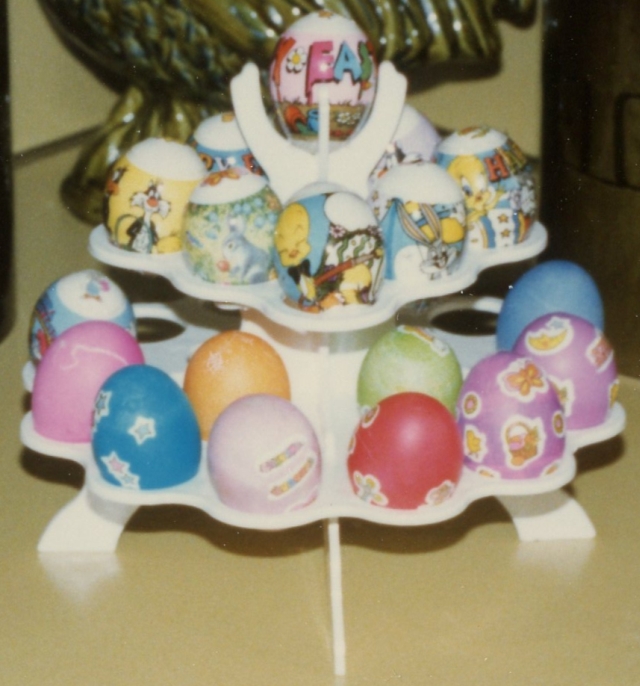