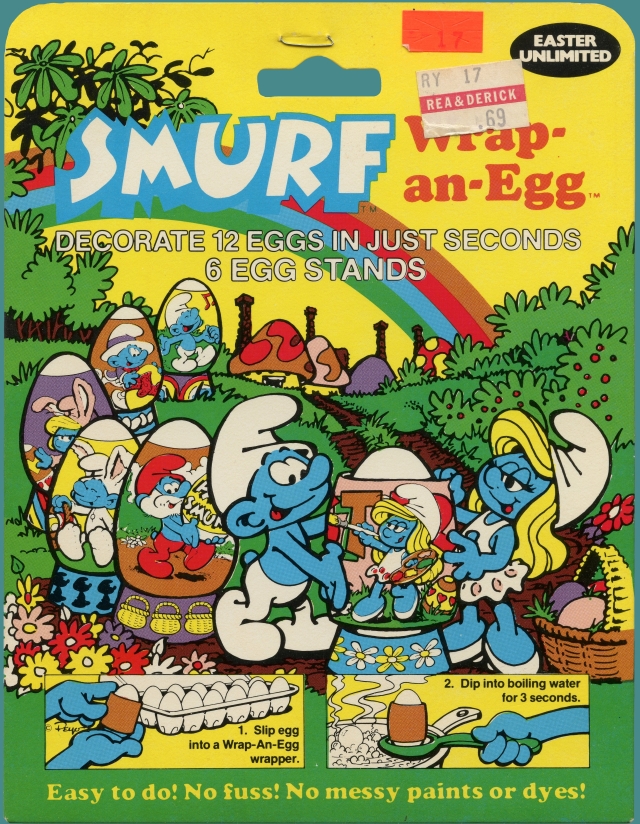 The Smurfs: Wrap-An-Egg
Peyo (1984)
My grandparents had two very large drawers in the kitchen below the stove.  They were filled with all sorts of random things, like plastic bowls, tupperware, cookie cutters, kitchen gadgets, and containers from old food products that my grandmother would wash out and reuse for different things - especially ricotta cheese tubs.  For some reason, we had a lot of those.  When I was growing up, I really only ever went in this drawer to get a bowl for cereal or ice cream, or to get the Screwy Louie, which was a flat rubber thing that looked like a flower that helped you get a grip on tight jar lids to open them easily.
After Grandma passed away in 2012, Dad and I went through every room of the house one at a time and sorted things into boxes that would go to one of our houses or to be donated at Goodwill.  When we got to the two large drawers in the kitchen, we discovered that Grandma typically only used the stuff that was towards the top, and the back and bottom of the drawers were filled with things that hadn't seen the light of day in decades, including this set of Smurfs easter egg wraps.

My grandmother bought them from Rea & Derick in the mid 80's.  She worked there as a cashier at the time, and she would frequently bring home candy, baseball cards, and whatever else she thought I would enjoy - especially when it went on clearance.  I'm pretty sure that was the case with these.  The .69 cent price tag was the full cost of the item, but the little red sticker on top is the type of thing they would use to show that something was marked down to half price. 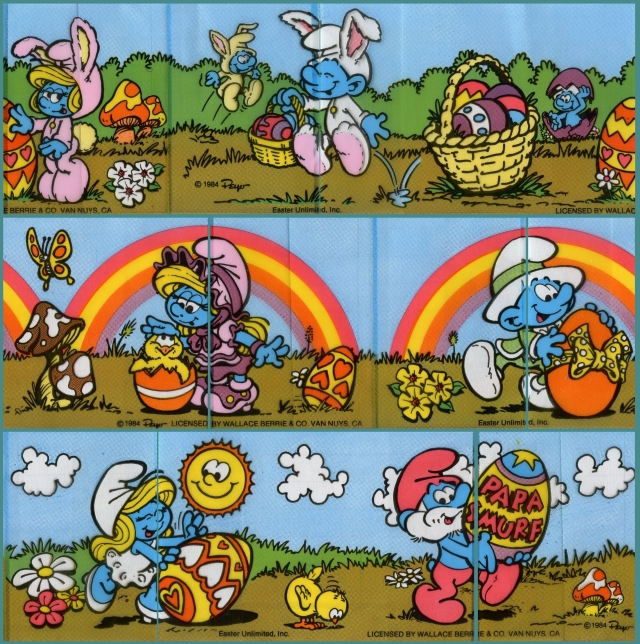 There were five egg wraps left in the package that were left over from when I was a kid.  I remember using them to decorate easter eggs before I was old enough to go to Kindergarten.  They're thin plastic sheets which were packaged flat.  Each one opens up to wrap around a hard boiled egg.  Once it's in place, you lower the wrapped egg into a pot of boiling water for three seconds and it shrink wraps onto the egg.  It doesn't change the color of the shell except for maybe a little bit of ink stains, but forms a snug coat around the shell that you peel off when you're ready to eat the egg. 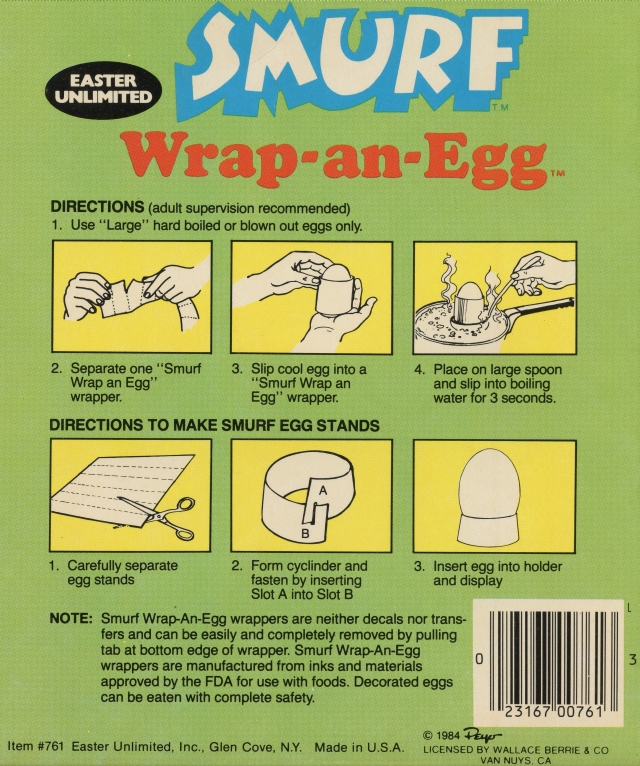