Over the past week, some of the plans that officials have discussed for the 2020 Major League Baseball season have come to light.  The plan that seems to have gotten the most attention would see each team playing games from their Spring Training ballparks as early as next month.  Each game would be televised, but fans would not be in attendance.  The players who aren't on the field would be seated six feet apart from each other in the stands to keep them from being in the close confines of the dugout.

If this plan were utilized, the divisions for the 2020 season would be realigned.  Instead of the American League and National League, teams would play in the Grapefruit League (Florida) or the Cactus League (Arizona), with inter-league divisions based on the cities that serve as the Spring Training home of each team.  This would put the Phillies in Clearwater playing in the Grapefruit League North division with the Yankees (Tampa), Pirates (Bradenton), Blue Jays (Dunedin) and Tigers (Lakeland).

This all sounds fun and interesting, but the rest of the details about this plan make it ridiculously unfair and unrealistic.  If implemented, this plan would require players and coaches to be sequestered from the rest of the world, including their own families.  Presumably, the players would live in hotels near their Spring Training ballparks, and they would essentially be under house arrest for the duration of the season.  At a time of global crisis, the players and coaches, umpires, camera operators, grounds crew and all of the other personnel that are needed to run a professional baseball game would be forbidden from returning home and spending time with their families. 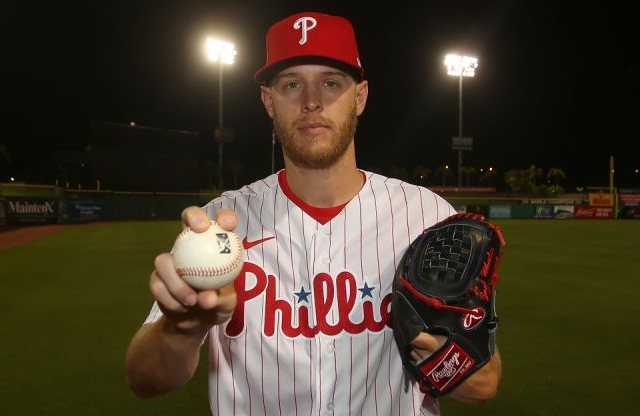 As much as I would like pro baseball to return, the idea of separating human beings from their spouse, their children, and their parents and grandparents for the sake of a game is absurd.  Phillies starter Zack Wheeler has already gone on record in saying that there's no way that he's going to miss the birth of his first child in a few months, and I don't blame him one bit.  I'm sure he's not alone.  I feel especially bad for the rookies and younger players who haven't reached arbitration or free agency and haven't reached their real earning potential in pro baseball, but if I were a veteran player with a few million dollars in the bank, there's no way on earth I would agree to play until the pandemic is over and the world has gotten back to normal.

I don't think baseball is alone in its rush to reopen before it is safe to do so.  I fully recognize the impact that the pandemic and the lockdown has had on the economy, but I also recognize that we are an impatient and demanding culture that has a track record of sacrificing the good of the future for the comfort of the moment.  It wouldn't surprise me if Major League Baseball did go forward with a season sooner than it should, and that many other businesses will follow.  Likewise, it wouldn't surprise me if our rush to return to business-as-usual leads to a second wave of the outbreak and a second lockdown that could extend the pandemic for months longer than it would have lasted if we had just remained patient.