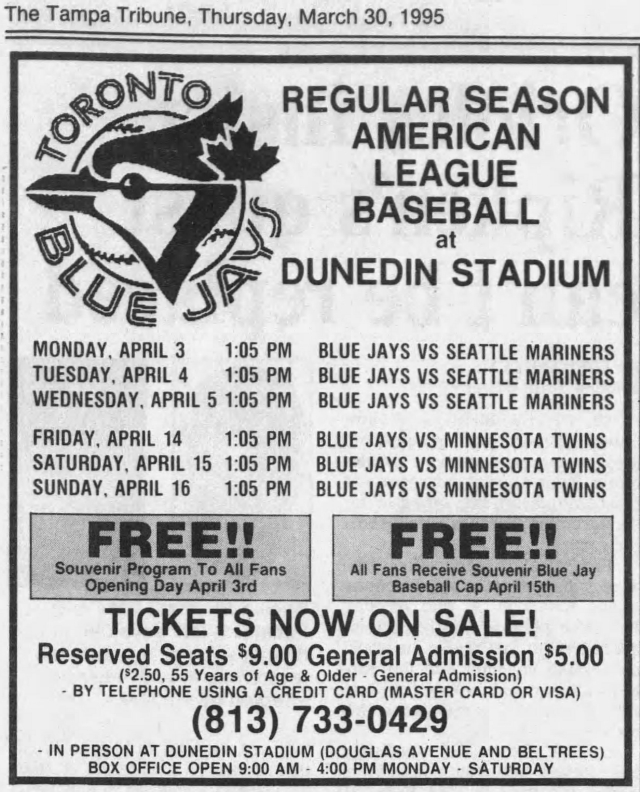 The situation in 1995 was very different than what MLB is facing today.  The player's strike that ended the 1994 season was still ongoing when Spring Training for the 1995 season was scheduled to begin.  Because they were unable to reach an agreement with the MLB Players Association, most of the teams began to hire replacement players from outside of the union.  This included retired major league players, low-level minor leaguers, former college players, and players from independent leagues that weren't affiliated with MLB.  The teams went forward with Spring Training games and had planned to start the season with a motley crew of players, the vast majority of whom were not even close to big league caliber talent.  The Baltimore Orioles refused to field a replacement team, which was attributed to the franchise protecting Cal Ripken's consecutive game streak.  Had the Orioles played a regular season game without Ripken in the lineup, his streak would have been broken.

There are so many sub-plots and oddities that took place during Spring Training 1995 that I'm shocked it hasn't been turned into a movie, but the one that sparked in my memory involves the Toronto Blue Jays.  The province of Ontario had stronger laws in place to protect unions and striking workers than any other home state or province to a Major League Baseball team.  These laws would prevent the Blue Jays from legally playing a home game in Toronto using replacement players.  To get around this, the Blue Jays decided that if the 1995 season were to begin before the strike was resolved, all of their home games would be played at their Spring Training ballpark in Dunedin, Florida.  Tickets had actually gone on sale to see the defending two-time World Series Champions play Opening Day without a single player from the '92 or '93 championship teams in a small park with a maximum seating capacity of 6,218.  Compare that to the SkyDome in Toronto, which seated over 49,000 fans.

Thankfully, the union and the owners reached an agreement on March 28th and the 1995 season was played without replacement players, but I'm sure there was a small group of fans in Pinellas County who would have enjoyed seeing a regular season MLB game being played in the smallest venue since the 1890 Brooklyn Bridegrooms played at Washington Park.  If the Arizona/Florida plan for the 2020 season are put into action, they may get their wish to see regular season MLB games in Dunedin a quarter century later.  Unfortunately, they'll have to settle for watching it on television as no fans will be in attendance.