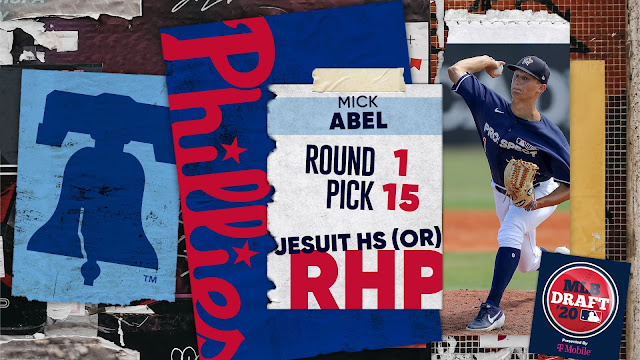 I'm cautiously optimistic about this pick.  The Phillies Director of Amateur Scouting, Brian Barber said that the scouts were in "unanimous agreement" on Abel as being a "potential dominating presence at the top of the rotation."  However, taking a high school pitcher in the first round is the most risky pick a team can make in the draft.


The fact that shortstop Ed Howard was taken by the Chicago Cubs with the very next pick complicates things even further for me.  I was hoping the Phillies would have drafted him instead.

I hope that I look back on this in ten years and laugh at how skeptical I was.  After all, the Phillies have found success with high school pitchers in the first round before.  Time will tell if Mick Abel develops into the next Cole Hamels, or the next Jesse Biddle.  With any luck, it will be the former.