Time For A Nap 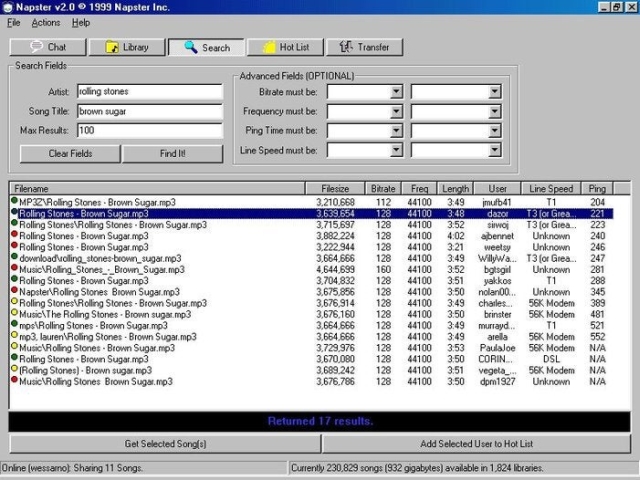 Napster (1999)
A free app on the web first appeared 21 years ago today.  It was a simple program that enabled users to upload songs that they ripped on their CD-ROM drive and make them available for others to download.  It was called Napster.

On the surface, this wasn't a new concept.  Kids in the 80's and 90's copied songs onto cassette tapes and shared them with their friends.  My stepsister made me at least a dozen cassette tapes of songs that I liked from her collection.  The copy she made me only had one stereo channel, so a few of the songs like Bohemian Rhapsody had missing lyrics, but I played the heck out of them anyway.  Later when I was in junior high school, I made mixtapes for girls that I liked, and my friends and I traded tapes of Nirvana concert bootlegs and b-sides.

Napster didn't invent the concept of sharing copies of our music, but it streamlined the process and opened it up to a global community.  It just happened to come along at around the same time as affordable CD burners and blank CD-R and CD+R discs.  If not for burnable discs, I don't think Napster would have had the same transformative impact that it had on the music industry.  Instead of paying $15 to $20 for an album just for one or two songs, Napster users could by a single blank disc and make a collection of the hits they would have otherwise bought for just a few dollars.  I loved music, and I bought at least three or four albums a month when I was a teenager, but if you look at my CD collection, it stops right around the end of the millennium.  The reason was Napster. 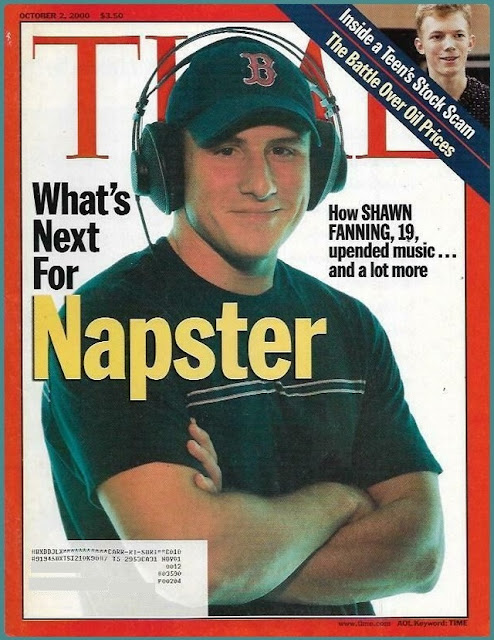 Shawn Fanning was born a few months after me.  We were both 19 year old kids back in the summer of 1999.  I was working at a gas station and living at my grandparents house.  This guy was changing the music industry and the world of technology and the internet, the ripple effects of which are still being felt to this day.  It's crazy what a little computer program can do to the world.