Make Your VCR Do A Barrel Roll 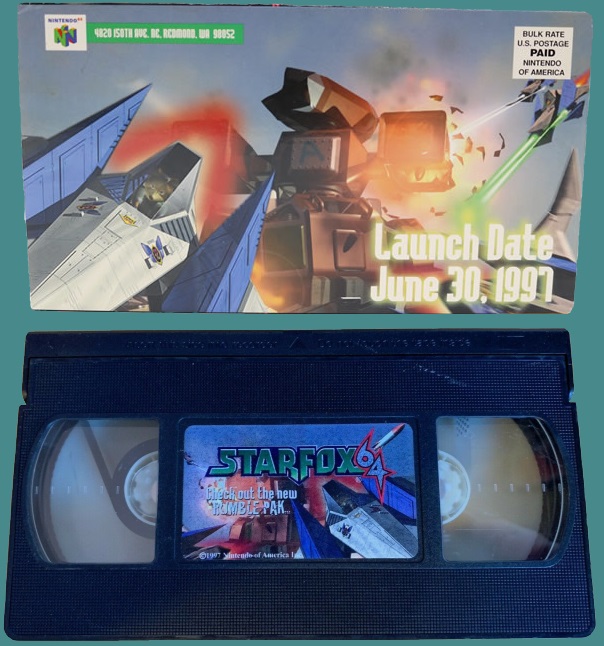 Starfox 64 promo tape
Nintendo (1997)
These days, if you want to see a demo video of a Nintendo game, you can log into YouTube or the Switch eShop and watch hundreds of them.  It wasn't so easy for companies to promote their new games back in the days before streaming video.  In most cases, all that gamers had to go on was a few screenshots or a write-up in GamePro or Nintendo Power, with the occasional top shelf game getting a television commercial that may, or may not, include a few seconds of game footage.

In the mid 90's, Nintendo began a new marketing strategy of sending VHS tapes directly to gamers through the mail.  The first one I received was a tape advertising Donkey Kong Country for the Super Nintendo.  The one in this photo promoted one of my favorite Nintendo 64 games, Starfox 64, which was released in North America 23 years ago today.  It features henchmen from Sega and Sony kidnapping a test pilot for Starfox and forcing him to spill the beans on everything he knows about the new game.  It's every bit as cheesy as you might expect.  Click here to see for yourself.