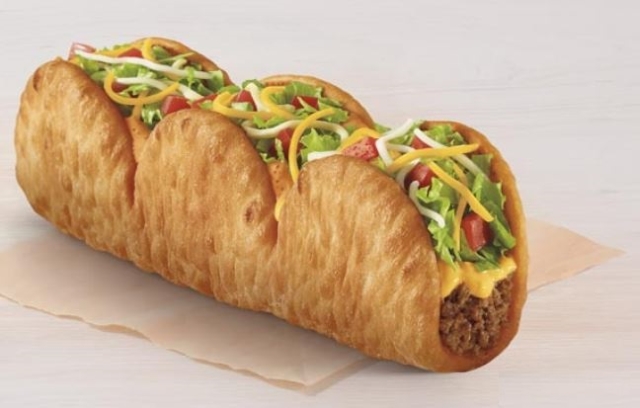 Triplelupa
Taco Bell (2020)
This bizarre hybrid of a Chalupa mixed with a row of camels walking single file is called the Triplelupa.  As the name and photo implies, this is meant to be a combination of three chalupas.  It's actually just one very long Chalupa shell that is shaped in such a way to give the appearance of three.  Each segment has a different sauce: cheesy, cheesy chipotle and chipotle. 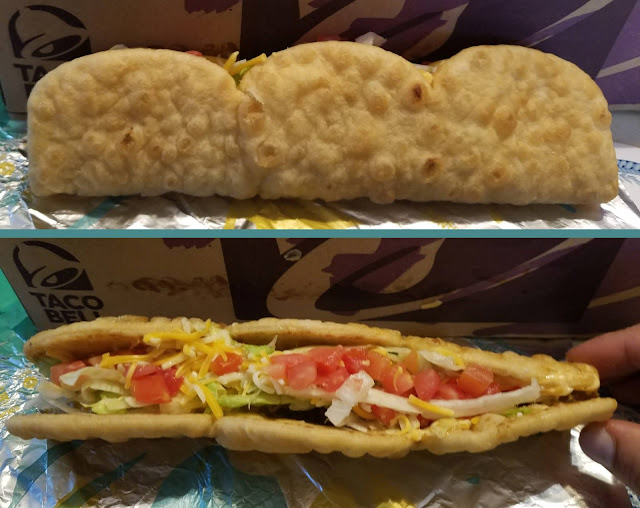 It's an interesting idea and it was tasty, but it's much smaller and thinner than I was expecting.  It's about half as tall as a regular Chalupa.  If I order it again, I'm going to get a regular Chalupa too and put them both on a food scale.  I suspect that the Triplelupa isn't much heavier.