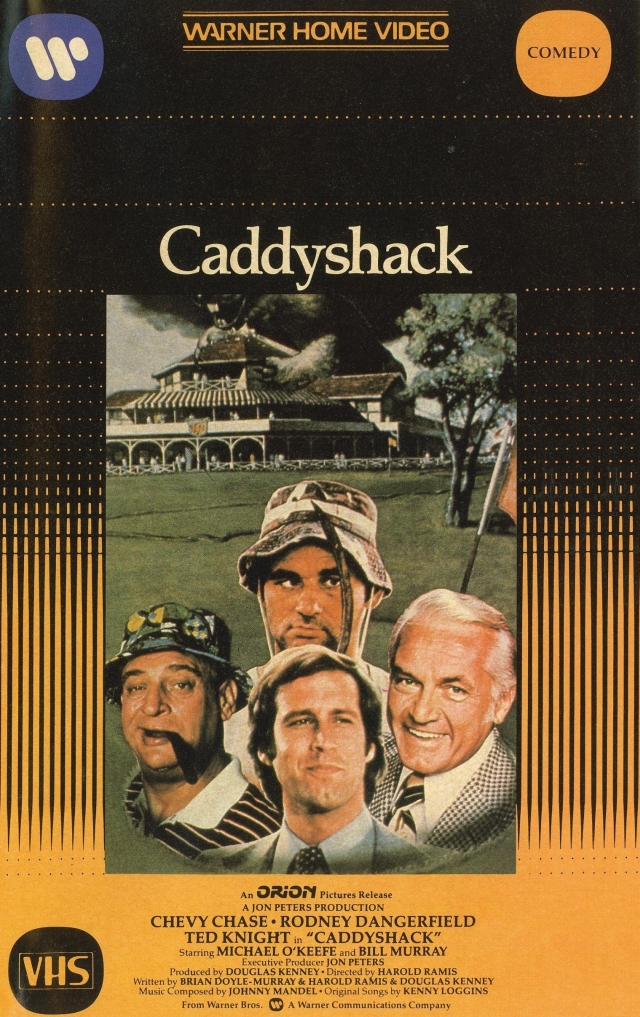 Caddyshack
Orion Pictures (1980)
The greatest comedy ever filmed made its debut in theaters 40 years ago today.  One of the copies I have of it an airing of the CBS Tuesday Night Movie from February 8th, 1983, which includes a scene that was deleted from the theatrical cut of the movie.  I've watched it so many times that I know every word of the film and the commercials that were broadcast during the film, which includes no fewer than two ads that were blatantly racist toward the Japanese.  That's how they sold cars and televisions in the 80's. 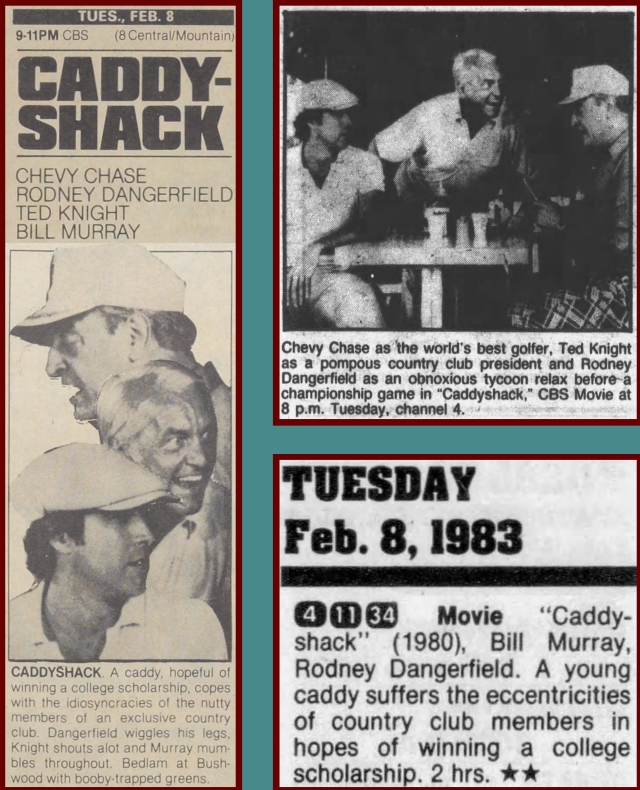