We're not even finished with Opening Weekend and the 2020 Season is shaping up to be one of the strangest in the history of baseball.  It started before Dr. Fauci's ceremonial first pitch in Washington that was juuuuust a bit outside.  MLB announced that there will be a total of sixteen teams that will reach the playoffs in 2020 - the first and second place teams in each division, as well as two wild card teams in each league.  I'm thinking this is going to be an absolute fiasco, especially if multiple teams fighting for a wild card spot finish the 60 game regular season with the same record. 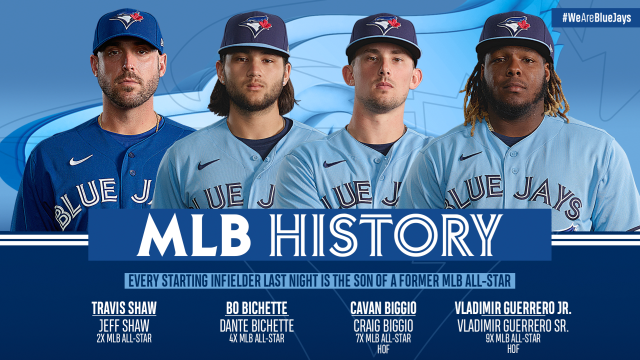 It was also announced prior to the first game that the Toronto Blue Jays will play their 2020 home games at Sahlen Field in Buffalo, New York.  The Canadian government won't let them play in Toronto due to the Covid-19 pandemic, which means that this will be the first time since 1968 that every game in the regular season will be played in the United States.  The Blue Jays opened the season playing the Rays in Tampa, so they haven't had their first game in Buffalo yet.  However, the team still made history on Opening Day by fielding a team whose infield was comprised entirely of the sons of former All-Stars. 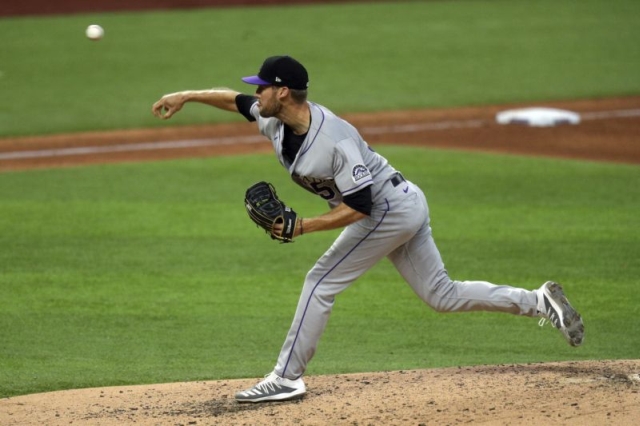 And then there's the story of Rockies relief pitcher Daniel Bard, who just made the back of his baseball card pretty interesting with his appearance in Saturday's game against the Rangers.  Bard is a former first round draft pick who found success pitching out of the bullpen for the Red Sox from 2009 - 2011.  Things started going downhill when Boston attempted to convert him to a starting pitcher in 2012.  He suddenly lost his control and was sent down to the minors.  He had a brief appearance in the major leagues in 2013, but his troubles continued and he was released before the end of the season.  Bard spent the next four years bouncing around the minor leagues without success before retiring at the end of the 2017 season.

This February, as the pandemic was just beginning to get a foothold in the United States, Bard announced that he was attempting a return to baseball.  After watching him throw, the Rockies signed him to a minor league contract, and he pitched well enough in Spring Training and Summer Camp to earn a spot on the roster.  In the fifth inning of the second game of the season, Bard came on in relief and pitched 1 1/3 scoreless innings and got the win.  It had been 2,646 days since he last pitched in a Major League game, and his first win in MLB in over eight years - since May 29th, 2012.

Then, there are my beloved Philadelphia Phillies.  Bryce Harper came to Citizens Bank Park on Opening Day decked out in a custom green suit with Phillie Phanatic lining.  This dude has done everything short of having the Liberty Bell tattooed on his ass to endear himself to the city, and it has certainly worked.  I look forward to the day that Bryce rides down Broad Street at the head of our World Series parade.

The Phillies lost on Opening Day to the Marlins, but won last night in large part to a backup infielder who has been hitting everything he seen for the past week in Summer Camp.  Phil Gosselin went 3-3 with two home runs.  I was disappointed when the Phillies released Josh Harrison and decided to go with Goose for the last spot on the bench, but if he keeps this up, he may end up being the most valuable bat off the bench that this team has had in many years.

Gosselin joined our new shortstop, Didi Gregorius, at the co-team leaders for home runs this season with two each.  On Opening Day, he became the first player to hit a home run in a Major League game while wearing a protective face mask, and he followed it up with a blast to the second deck in yesterday's game.  Meanwhile in left field, Uncle Larry made a phenomenal play and followed it up with the most awesome cheesy pose you've ever seen in a ballgame.  Now, if only they could win a series against a last place team that's missing half of its starters due to suspected Covid-19 infection.

Overall, I think the 2020 season could best be summed up by this tweet: 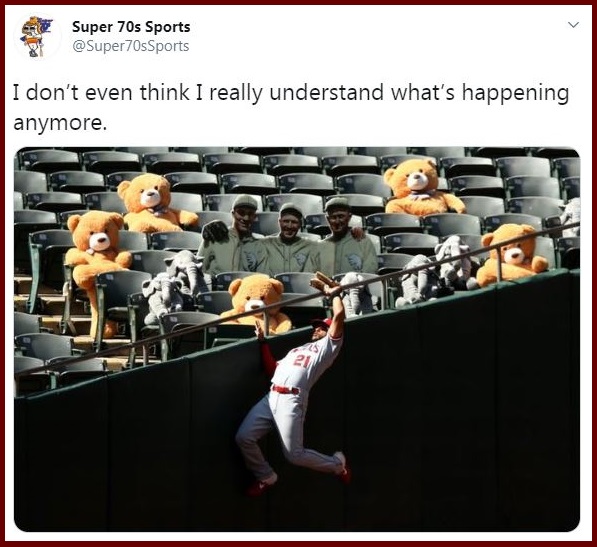