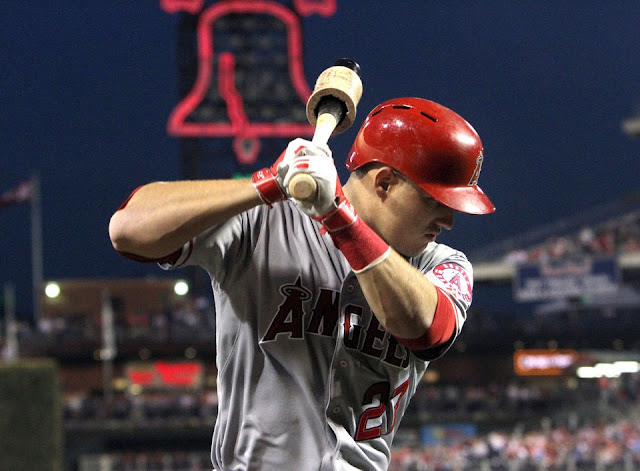 One of the games I had tickets to this summer was scheduled to be played today.  I never got to see Mike Trout play in person, so I was very much looking forward to the game.  The chance to see him in Philly doesn't come around very often.  Since Trout made his major league debut on July 8th, 2011, he's only ever played two games at Citizens Bank Park, and both of those took place during the 2014 season on May 13th and May 14th.

Tonight's game was originally scheduled to be the second game in the first series after the All-Star Break. with the Angels coming to Philadelphia for the first time in over six years.  Not only is this series not going to happen in 2020, but it may not happen at any point in the near future.  The schedule for the 2021 MLB season has been published, and each team's Interleague games will be based on geography.  In other words, NL East teams will only face AL East teams in interleague play, which means a game against the Angels won't happen unless it's in the World Series.  Another thing to consider is the fact that the center fielder signed a 12 year extension with the Angels last year.  If the shift towards geographic interleague play becomes permanent, it is possible that those two games in 2014 may be the only time Mike Trout ends up taking the field in Philadelphia in his career. 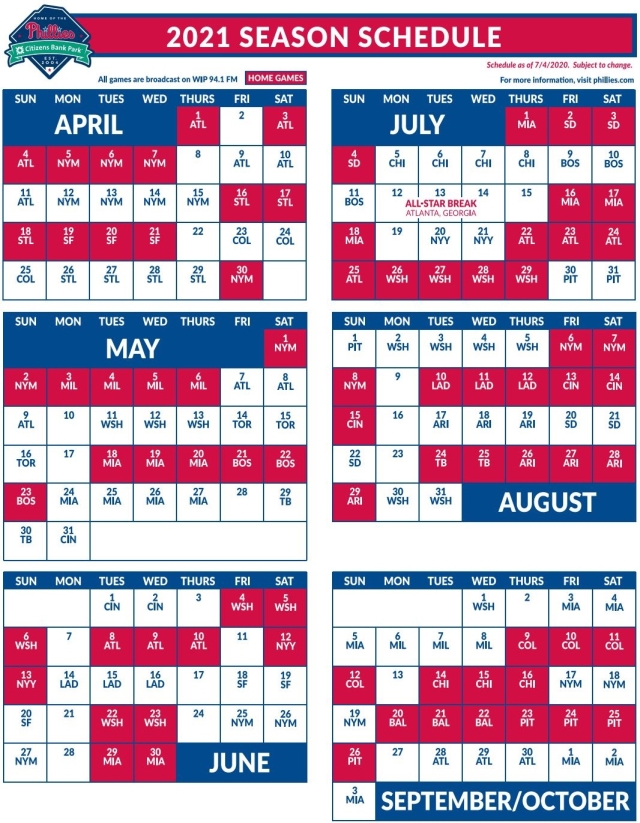 So, how does a middle-aged baseball nerd spend a beautiful summer night during the pandemic with all of the games cancelled?  By turning the back yard into a drive-in movie, of course.  With any luck, I'll get to see Mike Trout play in Philadelphia at some point in my life, but tonight is all about Indiana Jones and his quest for the Holy Grail. 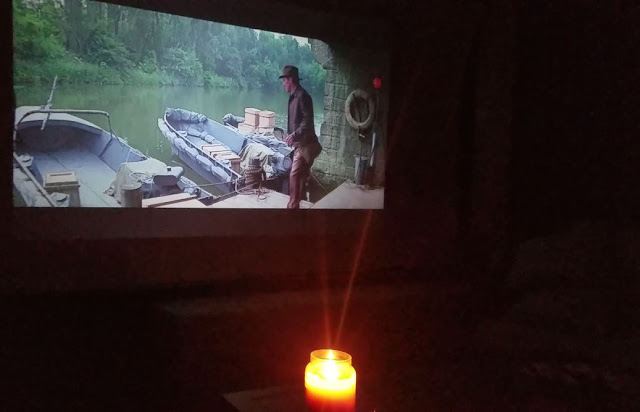