The Dawn Of The Franchise Wars 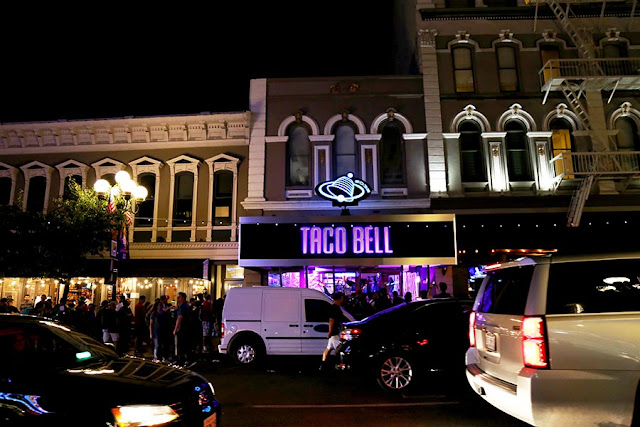 Taco Bell
Demolition Man (1993)
According to an interview of celebrity chef Ming Tsai by Yahoo Finance, the Covid-19 pandemic is putting the future of restaurants at risk.

He makes a convincing argument that without a federal stimulus package to help keep them afloat, independent restaurants may soon be a thing of the past, and they will be replaced by chain restaurants, such as Taco Bell and McDonald's.  In other words, we are well on our way to the 2032 envisioned in Demolition Man, in which Taco Bell won the franchise wars and is the country's only surviving restaurant.

If you play piano, you might want to start practicing the Jolly Green Giant song now.  You may have a new career option available to you in a dozen years. 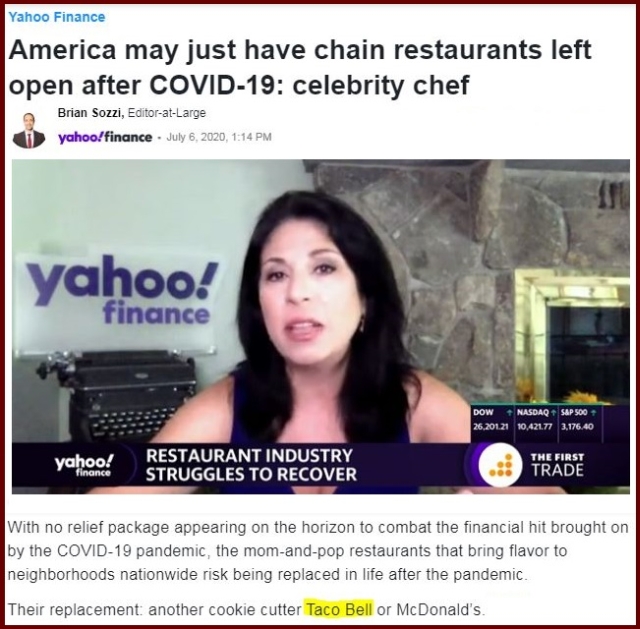 Unfortunately, there are a lot of items on the Taco Bell menu that aren't making the transition to the brave new world envisioned by Marco Brambilla.  According to a press release, the fast food chain is streamlining its menu, which is code for discontinuing less profitable items.

Taco Bell is notorious for discontinuing products that people enjoy.  I ranted about this last year after I tried the Toasted Cheddar Chalupa.  It was delicious, and sure enough it has disappeared from their menu less than a year later.  With that in mind, here's are eleven more items that will be missing from Taco Bell's menu in 23 days.  Get 'em while you can. 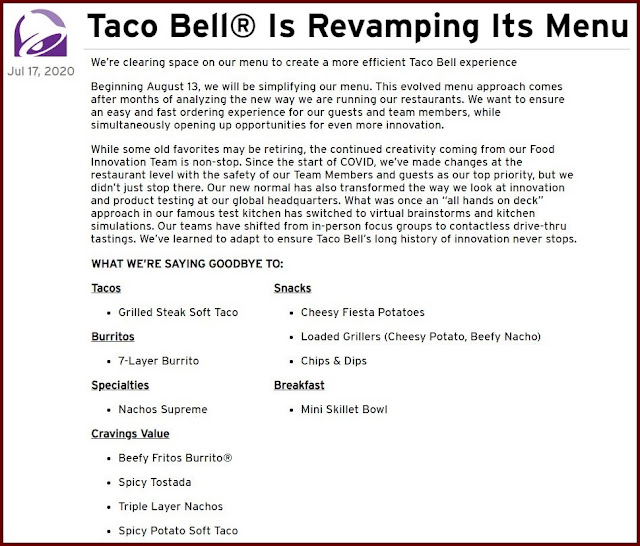