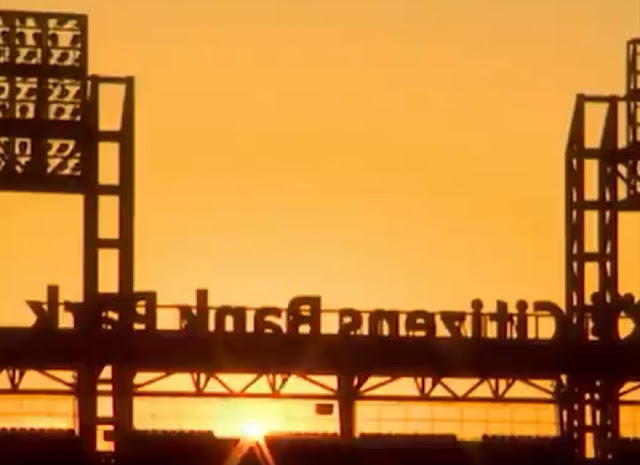 Three games.  That's all it took before the Phillies were forced to cancel a game due to the Covid-19 pandemic.

We began to receive a trickle of information about members of the Miami Marlins testing positive before the start of their series with the Phillies.  Former Phillies catcher Jorge Alfaro, who was traded to Miami in the deal that brought J.T. Realmuto to Philadelphia, was mysteriously put on the IL without a reason given.  In 2020, that has become code for a positive Covid-19 test, since the teams aren't allowed to announce who has tested positive without the players giving their consent.

Not long afterward, we learned that Alfaro was not alone.  It was reported that first baseman Garrett Cooper, outfielder Harold Ramirez, and pitcher Jose Urena had each tested positive.  Urena was scheduled to be the starting pitcher for the Marlins for the game on Sunday, and he wasn't scratched from that start until 90 minutes before the start of the game.

The situation became worse today.  Seven additional players and two coaches for the Marlins have tested positive for Covid-19, and the team is now quarantined at their hotel in Philadelphia while the rest of the players await their results.  Infectious disease specialists told The Athletic that this represents a "clear outbreak", and it's leaving fans and the media to ask why Sunday's game was played when it was known that a number of players were infected.

If proper protocols from earlier this year are being followed, they should remain under quarantine for two weeks, since health experts have learned the virus has a two week incubation period before a person who has become infected to begin to show symptoms or to test positive for the virus.  However, as we have all seen, good judgment and common sense have been abandoned in the United States.  As a country, our method of dealing with a global pandemic has been to allow each community to make up their own rules as they go, then break those rules and re-write them, then break the re-written rules and write them again.  We've seen it with bars, restaurants, theme parks, and other businesses.  We're seeing it now with Major League Baseball.  I have no doubt that we'll see it a few weeks into the 2020-21 school year.

The Phillies vs Yankees and Marlins vs Orioles games that were scheduled to be played on Monday, July 27th have been cancelled.  The league is using the word "postponed", but that's just plain absurd.  They've scheduled a 60 game season to be played in 66 days.  I don't know how they can say with a straight face that they plan to re-schedule these games.  For god's sake, we're only three games into the season.  Do they honestly expect this to be the only team outbreaks that will occur?

What we know right now is that the Marlins, Phillies and Yankees are all sequestered in their hotels in Philadelphia.  A total of 11 (out of 33) of the Marlins traveling players are currently infected with Covid-19.  The players are all being tested, and the league is trying to come up with a plan of how to move forward.

The bottom line that everyone is going to be forced to accept is that this virus isn't going anywhere... not for a long time.  I know we're all hoping for a vaccine, but it's highly unlikely that it will come as quickly as everyone hopes.  The medical community have spent countless hours and dollars working toward a vaccine for HIV for almost 40 years with minimal success, and that's a virus for which we have decades worth of data.

I said it before and I'll say it again.  This isn't worth the risk.  The league should cancel the 2020 season and dedicate all of their time and attention to preparing for a safe start to the 2021 season next April.  If they start now, they could potentially have a workable plan in place.  We have bigger things to worry about right now than whether or not we can watch baseball on television.  Enough is enough.  Cancel the season.