The Legend Of Uncle Larry 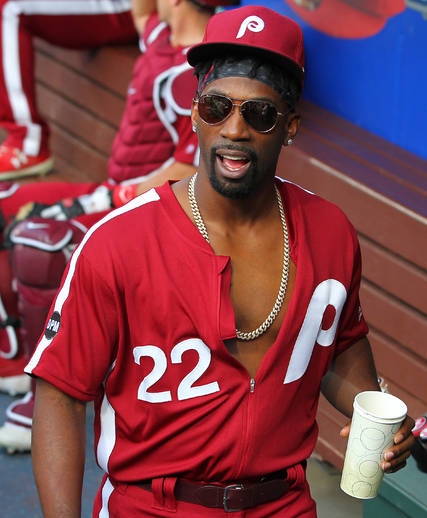 Andrew McCutchen
Left Field - Philadelphia Phillies
I defy anyone to watch this man play baseball and not become a fan.  It doesn't even matter if you like the sport.  The five time All Star and 2013 NL MVP plays the game with passion, and he makes everything fun.

Take, for example, a simple error in a tweet from a sportswriter. 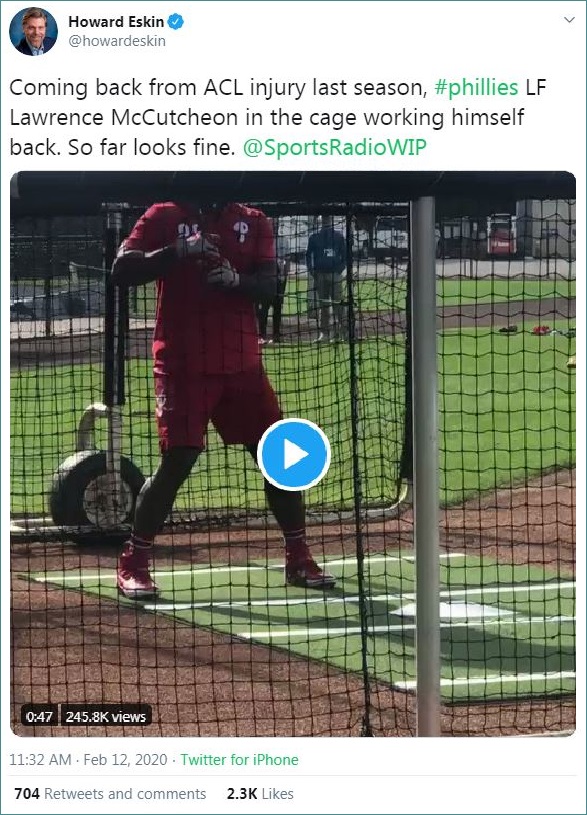 Phillies fans had some fun with Howard Eskin over this tweet, who took the feedback in his typical douchebag manner.  Even the Phillies got in on the act with this response later in the day. 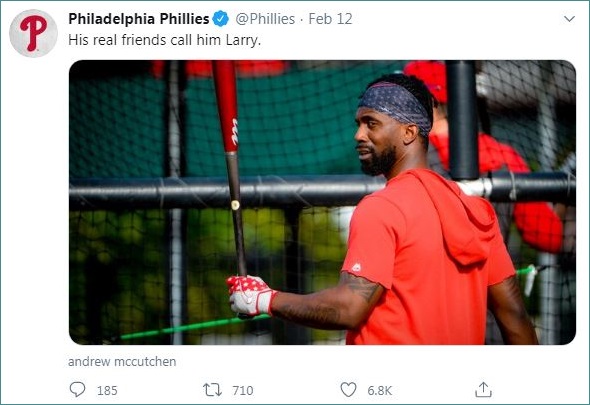 If this had taken place with any other athlete, or even any other celebrity from any walk of life, that would have been the end of the story.  A member of the media gets a guy's last name wrong, it becomes a meme for a few days, and we all move on with out lives and forget it ever happened.  However, for #22, it was the birth of a new persona and an instant legend in Philadelphia sports.  It was when we were all first introduced to Uncle Larry.

Throughout the pandemic, Cutch has kept busy making videos as his alter-ego, Uncle Larry, and it's pretty much the greatest thing to happen in Philadelphia since Jason Kelce's Super Bowl Parade speech.

The best way I can describe Uncle Larry is to say that he reminds me of what you might get if you somehow managed to combine Frank Costanza, Willie Jones (the dad from Friday, not Puddin' Head), and the Macho Man Randy Savage and give him a baseball bat.  Even that doesn't do him justice.  Just watch...

Everyone has been talking about Lawrence McCutcheon aka “Larry.” Welp, I introduce to you🤦🏾‍♂️... pic.twitter.com/MX61CslYhR— andrew mccutchen (@TheCUTCH22) April 13, 2020

I was extremely happy the day that the Phillies announced the signing of McCutchen back in December 2018, and I'm even happier today.  The dude has truly become one of my favorite players to ever wear a Phillies uniform.

Speaking of Phillies uniforms, Topps has commemorated the night he rocked the Saturday Night Specials with a Series Two card.  Naturally, it's a short print variation that's going for an obscene amount of money on eBay, so unless I get very lucky at a flea market, this one probably won't be finding its way into my collection.  Still, it's got to be one of the greatest cards I've ever seen, and I'm glad it exists.

Thankfully, I was able to afford the latest Uncle Larry merch.  It's a t-shirt from BreakingT.com that I got as a birthday present to myself.  How could anyone pass this up.  Even if you haven't heard of baseball, this fine piece of cloth belongs in the wardrobe of every man, woman and child on the planet. 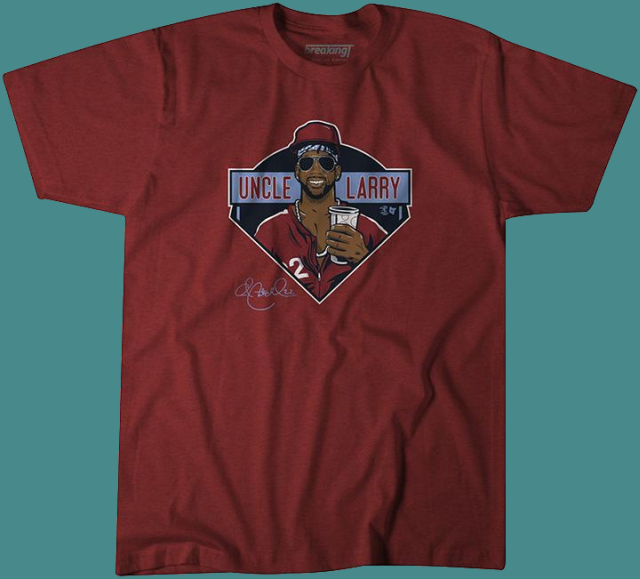 Even though it looks like one of the bootleg shirts you find outside of the ballpark next to the pretzels, the bottled water, and the dude playing the trumpet, it's fully licensed by the Major League Baseball Player's Association.  Frankly, with how the owners have been screwing with the players during the pandemic, I'd much rather buy something that goes to benefit the players instead of the billionaires behind the scenes. 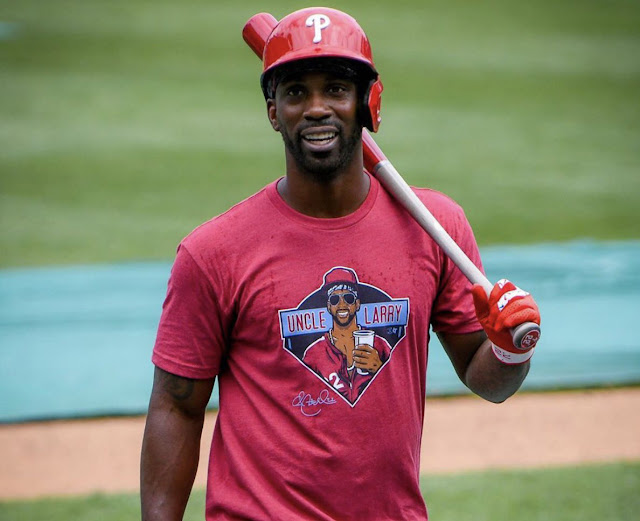 Thank you Uncle Larry, for giving Phillies fans something to smile about when skies are grey.  You're a legend, Mr. McCutchen.  I'm glad as hell that you're a Phillie.