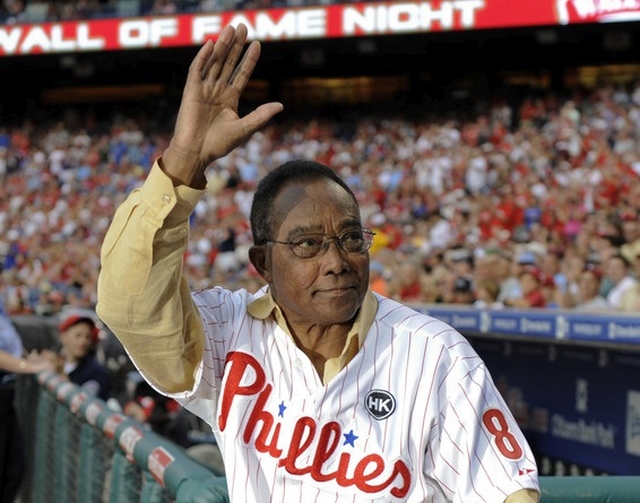 Tony Taylor
Philadelphia Phillies (2B)
One of the greatest infielders in franchise history passed away earlier today at age 84.  Tony Taylor played second base for the Phillies from 1960-1971, and again from 1974-1976, ending his career as a member of the '76 NL East Championship team.  He was the last player in the National League to bat without a helmet, and was inducted to the Wall Of Fame in 2002. 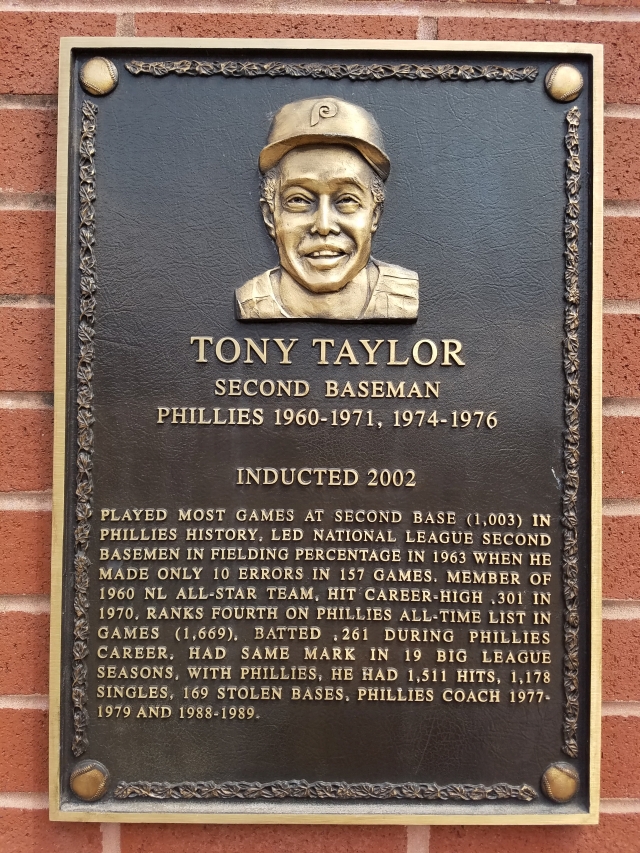 Tony retired from the game before I was born.  Over the years, I've heard plenty of stories from my dad who followed his career when he was a child and through high school in the mid 70's.  I never got to see him play other than on videotape, but I did once get to see him take the field for Alumni Day in 2017.  He suffered a series of mild strokes last year after Alumni Day, but he recovered and was released from the hospital. 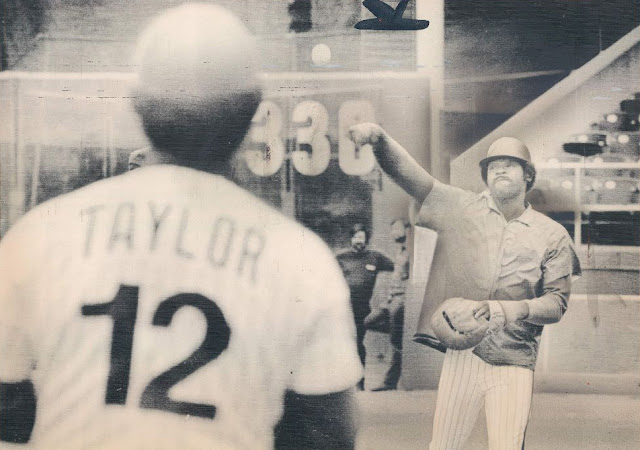 The photo above was shared on Twitter by @mleif earlier today, along with a story that gives some background to what you're seeing.  Tony is in the foreground playing catch with fellow Phillies legend and close friend, Dick Allen.  At 41 years old, Tony was in the twilight of his playing career and appeared in only 26 games during the 1976 season.  When he learned that Tony Taylor was left off of the post-season roster, Dick stood up for his friend and threatened to sit out of the playoffs in protest.  The front office came around and added Tony to the post-season roster as a coach.  This photo of Dick Allen warming up with his friend, teammate and coach was taken on the field prior to the 1976 NLCS.  Tony remained the Phillies infield coach for several seasons and went on to manage the next generation of Phillies in the minor leagues for five seasons in the 1980's.

He will always be remembered as one of the most beloved players to ever wear a Phillies uniform.  He was an All-Star in 1960, and a decade later, he became the first player in franchise history to hit a walk-off grand slam.

Thank you, Mr. Taylor, for playing the game with guts and heart, and for being a Philadelphia Phillie.