Press The Spot To Make Her Giggle And Sing 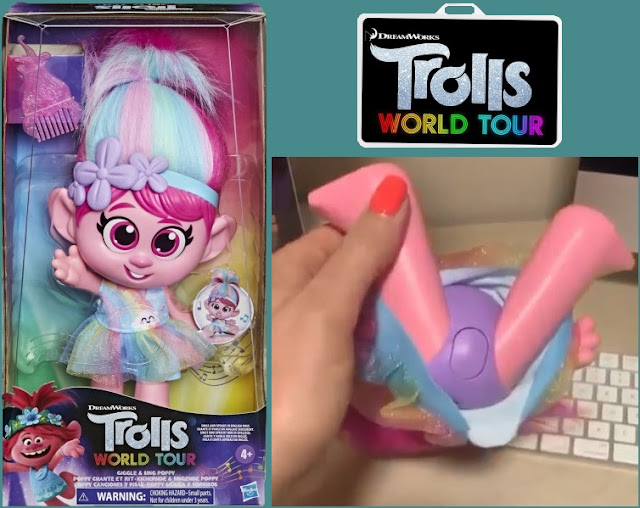 Trolls World Tour: Giggle & Sing Poppy
Hasbro (2020)
The Queen of the Pop Trolls is causing quite a stir in the toy aisles these days.  This troll doll is designed to giggle and sing when you sit her down.  Eventually, the sex-obsessed psycho moms on the internet with nothing better to do than to poke around up the skirts of their children's toys discovered the button that caused the giggling and singing and had a collective fit.

I'll grant you that it's not the best choice of location for the button, but the idea that it's part of a Hasbro-led conspiracy to corrupt children is pretty asinine.  Nevertheless, a collection of goofballs have a successful petition for Hasbro to stop making the toy.  Now, instead of being one of a million anonymous movie tie-in toys that is forgotten in a few months, it will become immortalized on blogs and YouTube Top 10 videos while the doll becomes a highly sought after collectible that will be talked about for decades.  Way to go, morons!  Keep fiddling around under the skirts of your kids dolls though.  I'm sure it's teaching them a lot about their mothers - like when they have children of their own, it's a good idea to keep them far away from Grandma.