A Game And A T-Shirt 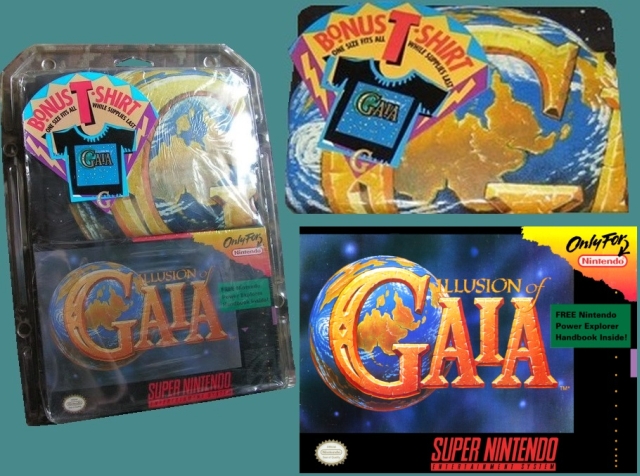 Illusion Of Gaia
Super Nintendo (1994)
On this day in 1994, the second of the Quintet trilogy of RPG games in the 16 bit era was released in North America.
I remember that I saw Illusion Of Gaia for the first time at Toy Works in Hazleton when I was 14 years old.  At the time, I had never heard of Soul Blazer and had no idea that this game was a sequel.  It caught my eye because it was affordably priced (I think it was around $20) and it came with a free t-shirt.  This was back in the day when I could actually fit in a one-size-fits-all shirt, so for a teenager with a limited amount of money saved up for a new game, this was an easy choice. 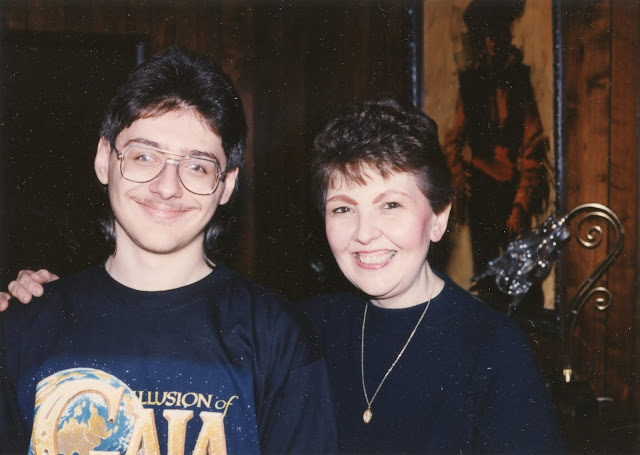 I still have the game, but the shirt is long gone.  It doesn't matter, I suppose, because there's no chance that I'd fit in it anyway.  This photo of me and my grandmother was the only one that I was able to find where I'm wearing it.  It's from Christmas Eve, but there was no year written on the back.  Judging by my ridiculous haircut and sad attempt at a mustache, I'd have to guess that I was 15 years old, which would make this December 1995. 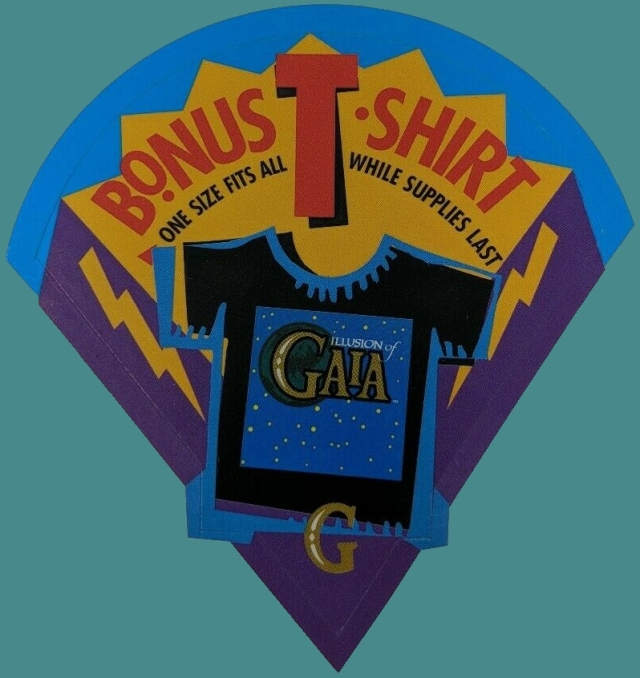 I knew almost nothing about Illusion Of Gaia before I played it for the first time, but it didn't take me long to absolutely fall in love with it.  It's main character's name is Will, and it's an action RPG which was, and still is, my favorite video game genre.  It's got a fantastic story with excellent music.  It's filled with puzzles that are challenging, but it never gets to a point where the game is so hard that it becomes frustrating.


The best part of the game for me is the music - especially the Inca Gold Ship.  I found this song to be so peaceful and soothing that I would keep one of my game saves at this point in the game so that I could lay back in bed and listen to it whenever I wanted.

If you enjoy The Legend Of Zelda: A Link To The Past, this is a game that you must play.  It's not particularly rare or expensive, and there are lots of walkthroughs available if you get stuck.  Give it a shot.