The Little Sticker That Could 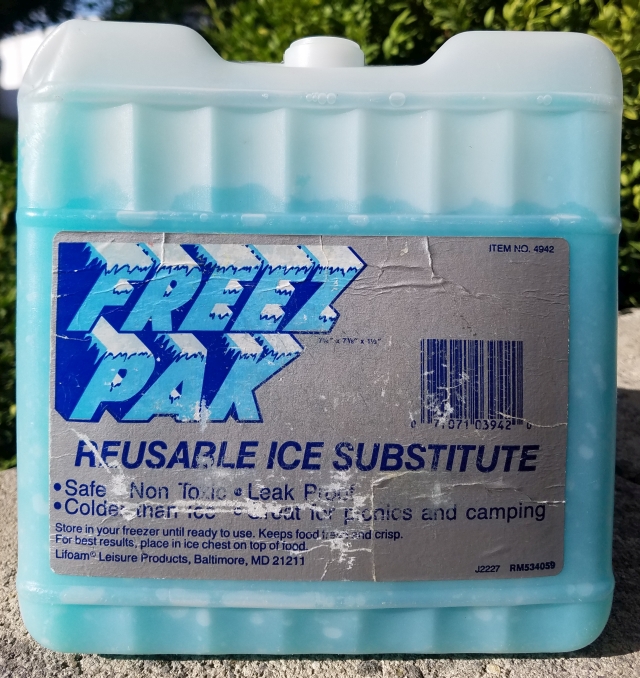 I am amused by the simplest things.  Take, for example, this reusable ice pack.  Over the summer, my refrigerator broke, and it was over a month until we could get a new one.  In that time, we filled the broken fridge with bags of ice from the gas station to keep the food cold until we could eat it all.

One of the things that couldn't be eaten was this ice pack that was buried in the back of the freezer.  It was one of the many things I brought over from my grandparents house after my grandmother passed away in 2012.  Why throw away a perfectly good ice pack, right?  I remember they used to throw this in the cooler when they went shopping at Sam's Club to keep the food cold on the drive home, which was at least a half hour with my grandfather's rigid obedience to the speed limit. 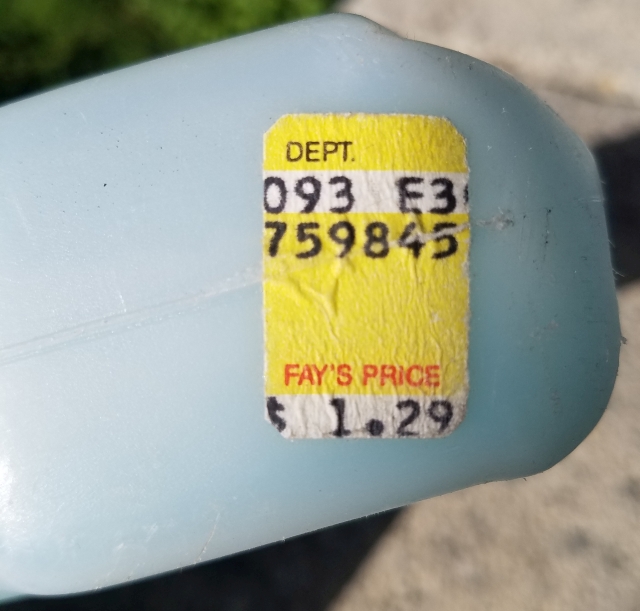 Though all of the times that this thing was frozen and thawed out and refrozen, the price tag somehow stayed attached.  It's got to be the strongest glue and paper on the planet.  They should print books on whatever stock they used for this label.  Apparently, my grandparents bought this from Fay's Drugstore, which used to be in Valmont Plaza in Hazleton before the store closed in the mid 90's (or maybe it turned into a Rite Aid; I can't remember which).  That means this little sticker managed to hang on for at least a quarter century, and it shows no signs of peeling off any time soon.

What can I tell you?  An easily amused person + a global pandemic = blog posts about a price tag on an old ice pack.  Be on the lookout for the announcement on my Pulitzer Prize.