Nine Out Of Ten 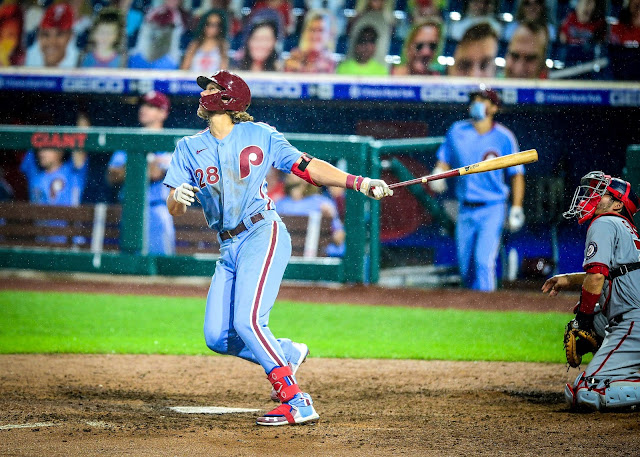 Alec Bohm
September 3, 2020
On August 22nd, a dejected Bryce Harper spoke to the press after the Phillies had lost their fifth game in a row and had fallen to last place.  The team had been hitting well and getting excellent starts out of most of their starting rotation, but the bullpen has been an absolute dumpster fire.  Bryce looked at the assembled media and laid down the gauntlet, saying "We have to go on a streak and win 9 out of 10.  It needs to happen."  The Phillies responded by doing exactly that - winning 9 of the past 10 games.  Even the one game they lost on August 30th was a momentum builder that saw the Phillies come back from 10-0 to score 10 runs of their own and narrowly lose to the Braves. 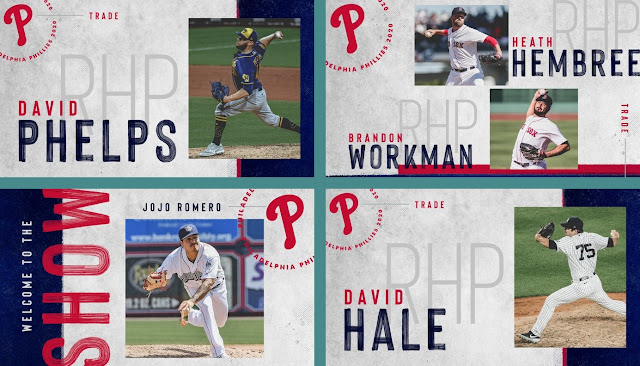 Part of the Phillies recent success is due to a completely revamped bullpen.  The Phillies made three trades to bolster the bullpen by bringing in David Hale from the Yankees, Heath Hembree and Brandon Workman from the Red Sox, and David Phelps from the Brewers.  Additionally, prospect Jojo Romero has been promoted to the big leagues and is off to a fantastic start, and 2019 bullpen standout Ranger Suarez has fully recovered from Covid-19 and is back with the team.  This isn't a flawless collection of talent.  I'm pretty sure Workman is inspiring a whole new generation of alcoholics in Philadelphia with the base runners he has allowed in the 9th inning this week alone.  However, they are all capable major league relievers, and they're a hell of a lot better than what this team had in the bullpen three weeks ago.

The reason for the Phillies recent success isn't solely because of the acquisition of a few relief pitchers.  A huge portion of the credit goes to the emergence of Aaron Nola and Zack Wheeler as one of the most effective top of the rotation duos in the National League.  Nola is back to his 2018 form, and Wheeler has delivered everything the Phillies hoped he would when they lured him away from the Mets last winter.  John Stolnis pointed out a fun fact in the most recent Hittin' Season podcast - Zack Wheeler is the first Phillies pitcher to allow 3 runs or fewer in his first 7 starts with the team since Fernando Valenzuela in the strike shortened 1994 season.  Bryce Harper and J.T. Realmuto have cooled off a bit, but Rhys Hoskins and Didi Gregorius have gotten as hot as they've ever been in their careers, and Andrew McCutchen is proving that his resurgence at the plate last season was no fluke.  The best news of all is that Alec Bohm has emerged as a legitimate Rookie Of The Year candidate and has more than lived up to the hype thus far in his short time in the majors. 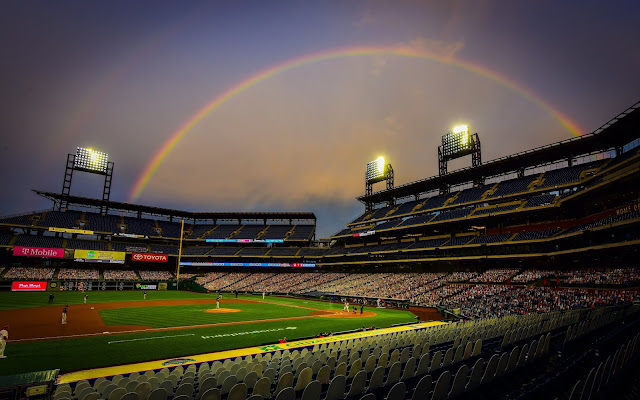 Everything is going the Phillies way.  They've just swept the defending World Champion Washington Nationals and battled back from the basement to sit alone in second place, just 2.5 games behind the Atlanta Braves with 23 days left in the regular season.  Let's do this, Philadelphia!