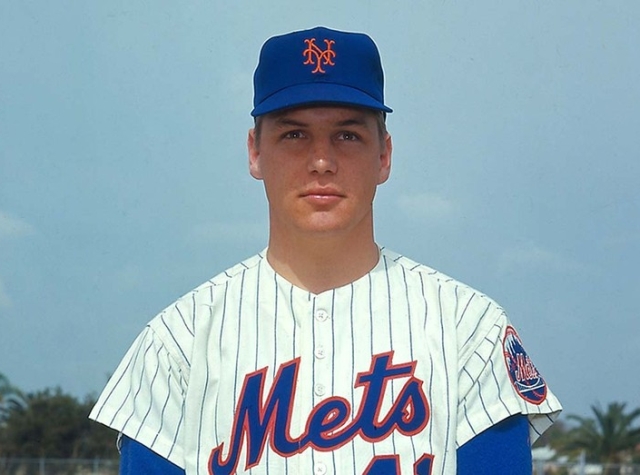 When I was growing up and learning about the game in the 80's, there were three legendary pitchers that I put on a pedestal above all others: Steve Carlton, Nolan Ryan and Tom Seaver.  Seaver was a teammate of Ryan on the 1969 World Champion New York Mets.  What I didn't realize until many years later is that he came within an eyelash of being a teammate with Steve Carlton on my beloved Phillies.  Seaver was originally a first round draft pick of the Atlanta Braves in 1966, but due to a technicality, his contract with the Braves was voided by Commissioner Eckert.  This resulted in an offer to any major league clubs who were willing to match the Braves contract offer of $40,000.  Three teams did: the New York Mets, the Cleveland Indians and the Philadelphia Phillies.  One team was selected at random out of the three, and it happened to be the Mets, for whom he would go on to become the greatest pitcher in the history of the franchise.