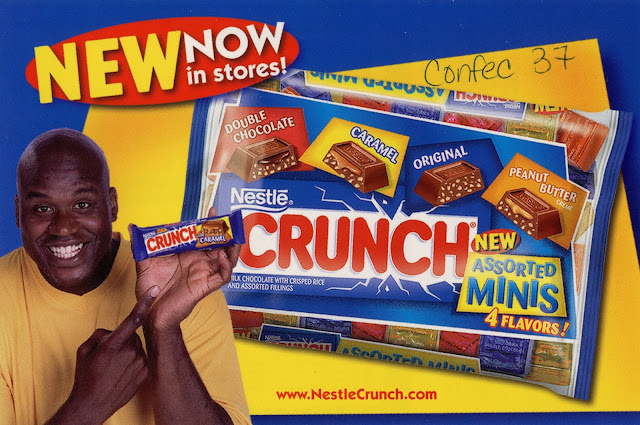 Nestle Crunch Assorted Minis
Nestle (2003)
Now that not quite so hot outside, I've been able to clean out some of the garage.  I came across this coupon in a box of stuff that I had from my time working for Nestle Confections.  This was one of the enclosures that we would send to consumers who would call, write or email to ask about our candy products, and it features NBA center Shaquille O'Neal.  Shaq was playing for the Los Angeles Lakers when this coupon was printed.  He would go on to play for another seven seasons before ending his Hall of Fame career in 2011.

These Crunch bars were very tasty.  The bottom of the bars were made with standard Nestle Crunch ingredients, but there was a little space between the crisped rice and the chocolate layer on top which was then filled with caramel, peanut butter or chocolate cream.  The caramel one lasted a bit longer than the others, but the product line unfortunately didn't last too long. 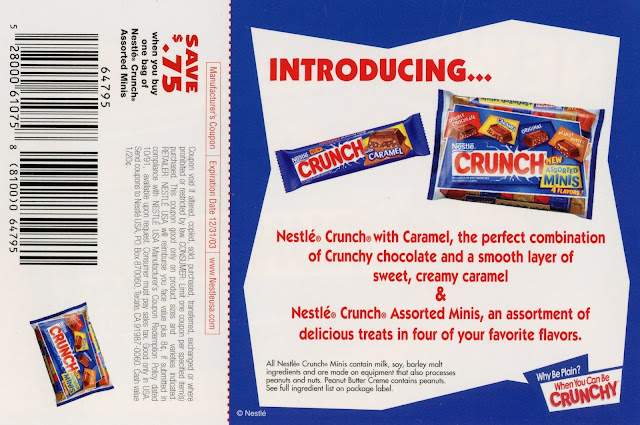