The Return Of The Empire

Star Wars: The Empire Strikes Back
20th Century Fox (1980)
The second chapter of the Original Trilogy was released in May, 1980.  I'm not sure if there were plans to celebrate its 40th anniversary on the big screen, but if there were, they were cancelled as a result of the Covid-19 Shutdown.  Either way, it's back in theaters now. 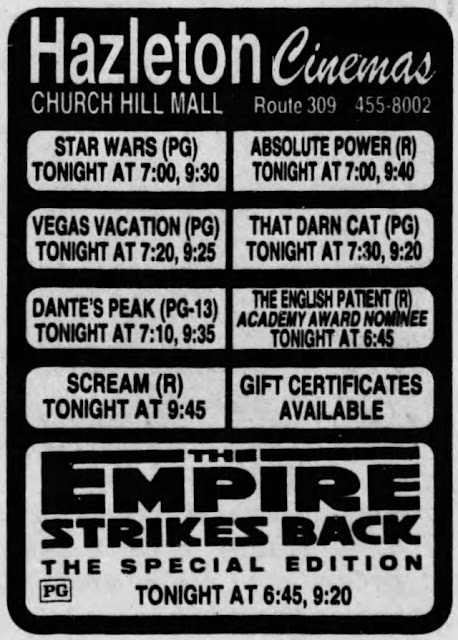 I was born a couple months after The Empire Strikes Back premiered, so I missed out on seeing it in theaters at the height of the Star Wars phenomenon.  In 1997, I did get to see the premier of the Special Edition in theaters, which was released in conjunction with the 20th anniversary of the film.  I'm glad to have the chance to see it on the big screen again 20 years later, and if I'm still breathing in 2040 and they decide to show it again for the 60th anniversary, I'll be there too. 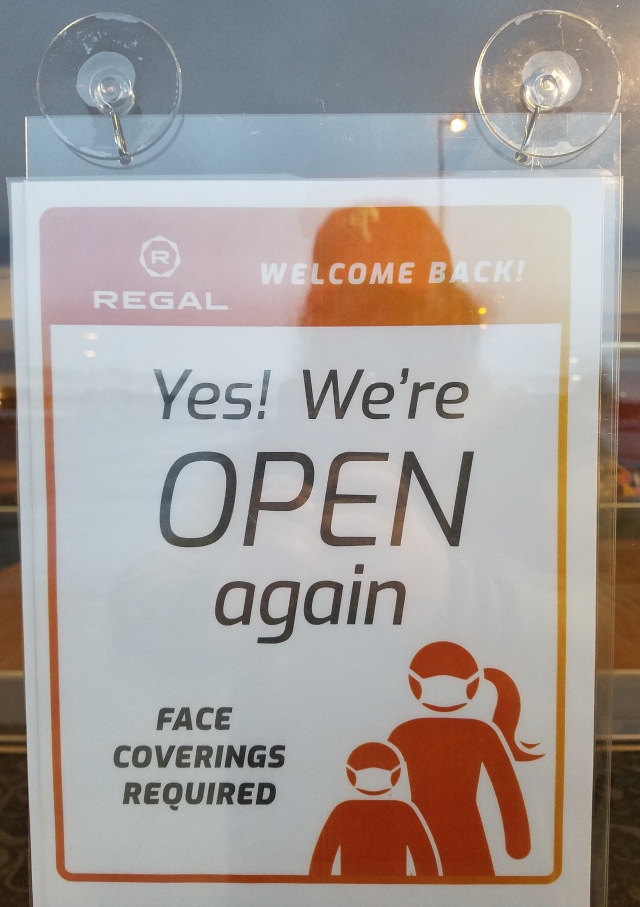 This screening of Star Wars was unlike any other that I've experienced.  When I saw The Empire Strikes Back in 1997, the theater was packed.  I'm sure it was even more jammed in its initial release in 1980.  This time around, we had the entire theater to ourselves.  I don't just mean this screen - I mean the entire theater.  There was one car outside when we got there, and it belonged to the manager of the theater who was the only one working behind the counter.  When we left, there was still just the one car.  I suspect that there may be no more socially distanced place in town this fall than the movie theater on a weekday. 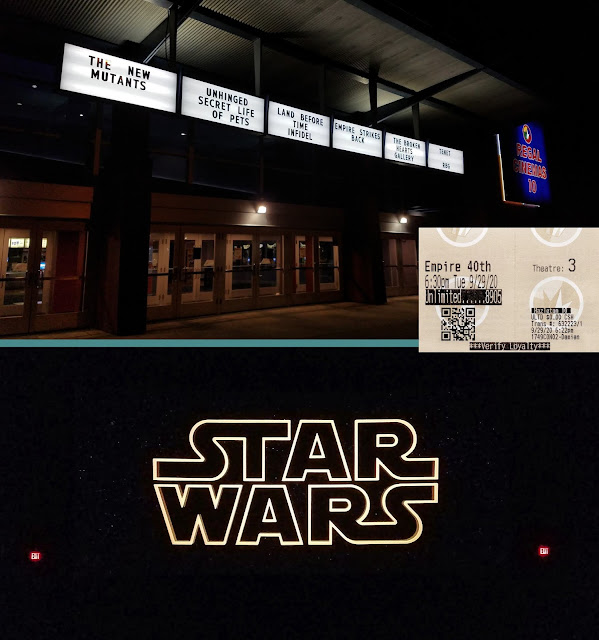