Kennedy At The Altamont 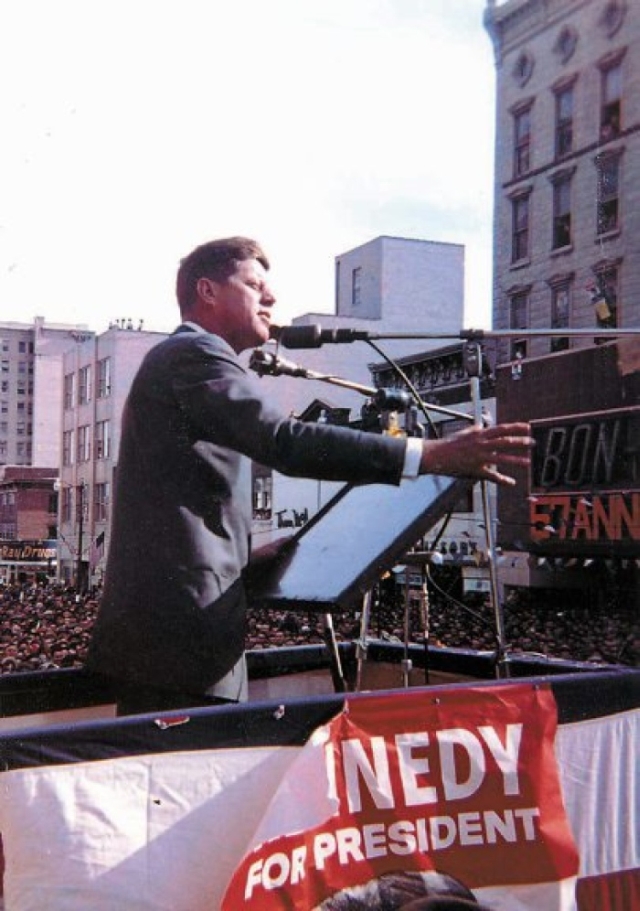 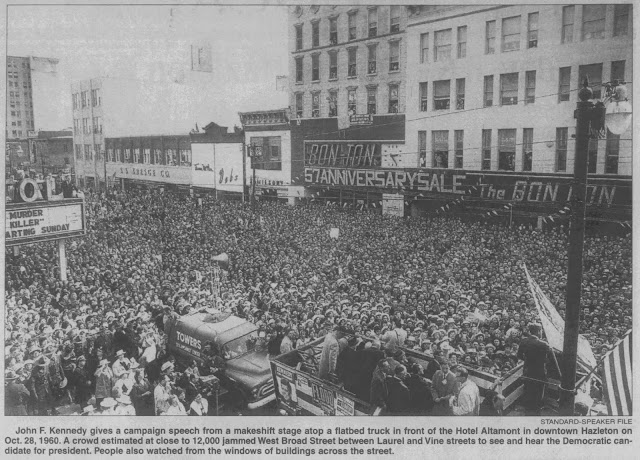 John F. Kennedy Campaign
Broad Street - Hazleton, PA (1960)
Sixty years ago today, JFK stopped in front of the Hotel Altamont to speak to the people of Hazleton while on the campaign trail.  An estimated 12,000 people packed the streets and stood at the windows of the Bon Ton across the street to hear Kennedy's speech.  My grandparents are in this crowd somewhere with my dad in a stroller, despite the fact that my grandmother never once voted in an election and my grandfather supported Richard Nixon.

Eleven days after this speech, Kennedy would win Pennsylvania and become the 35th President of the United States.  You can see the old Capitol Theater on the left hand side.  It's a little eerie to see the words "murder" and "killer"visible on the marquee.  Three years and one month after this photo was published in the Standard Speaker newspaper, Kennedy would be assassinated.