The Macho King Of Monroeville 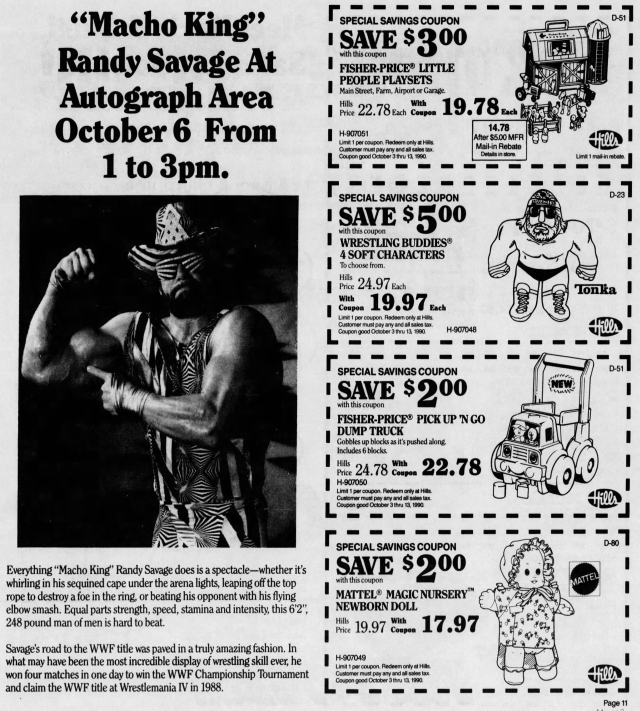 "Macho King" Randy Savage autograph signing
Greater Pittsburgh Expo Mart (October 6, 1990)
Thirty years ago today, the Macho Man took a break from his feud with the Ultimate Warrior to pay a visit to The Second Annual Hills Fun & Fashion Fair at the Greater Pittsburgh Expo Mart in Monroeville, PA.  The Allegheny County borough is famous for the Monroeville Mall, which was the filming location for the George Romero zombie classic Dawn Of The Dead.  Monroeville had a second cinematic claim to fame 30 years later when it was used as the both the setting and filming location for the excellent Kevin Smith comedy Zack And Miri Make A Porno. 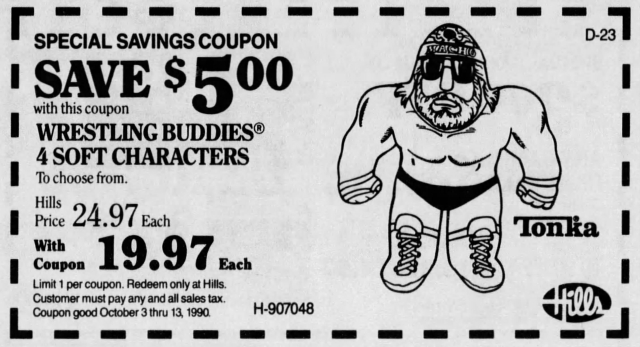 Visitors to the Fair could meet Randy Savage between 1-3 pm and ask the former WWF World Heavyweight Champion for an autograph.  I grew up on the other side of Pennsylvania so I didn't even know this was happening.  I had known, I definitely would have asked him to autograph his Tonka Wrestling Buddies pillow, which readers of The Pittsburgh Press could save $5 on with this coupon.

The Cream Of The Crop wasn't the only pro wrestler in town that day.  Although they're not mentioned until the last page of the flyer, former intercontinental champions The Honky Tonk Man and Greg "The Hammer" Valentine were in attendance.  This was during their short-lived run as the tag team Rhythm & Blues, so if you wanted to take a picture with The Hammer while his hair was dyed jet black, this was your chance. 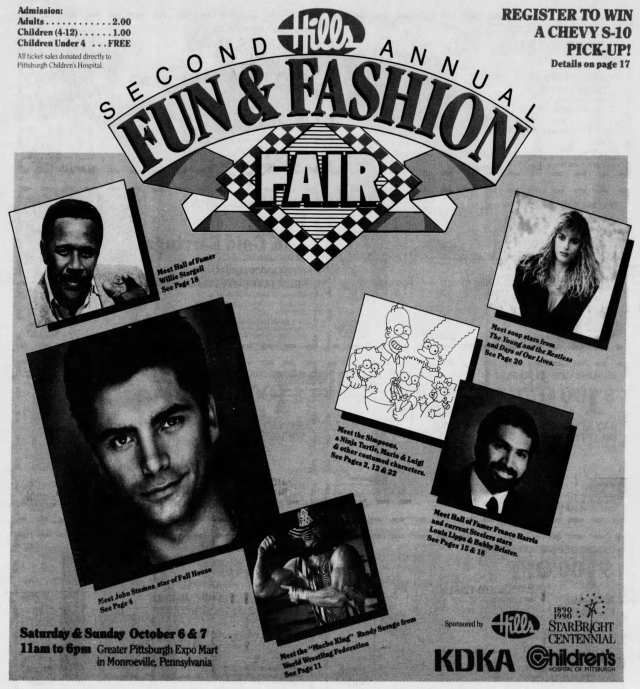 The celebrity appearances weren't limited to professional wrestlers and football players.  Throughout the weekend, visitors to the Fair could meet Hall of Famer Willie Stargell, Full House star John Stamos, and cast members from The Young And The Restless and Days Of Our Lives.  I'm not much of a fan of football or soap operas, but how often do you get the chance to meet the Macho Man, Pops and Uncle Jesse all under the same roof?

There was more going on at The Fun & Fashion Fair, but I'm going to save that for tomorrow.