I Assume I Need No Introduction 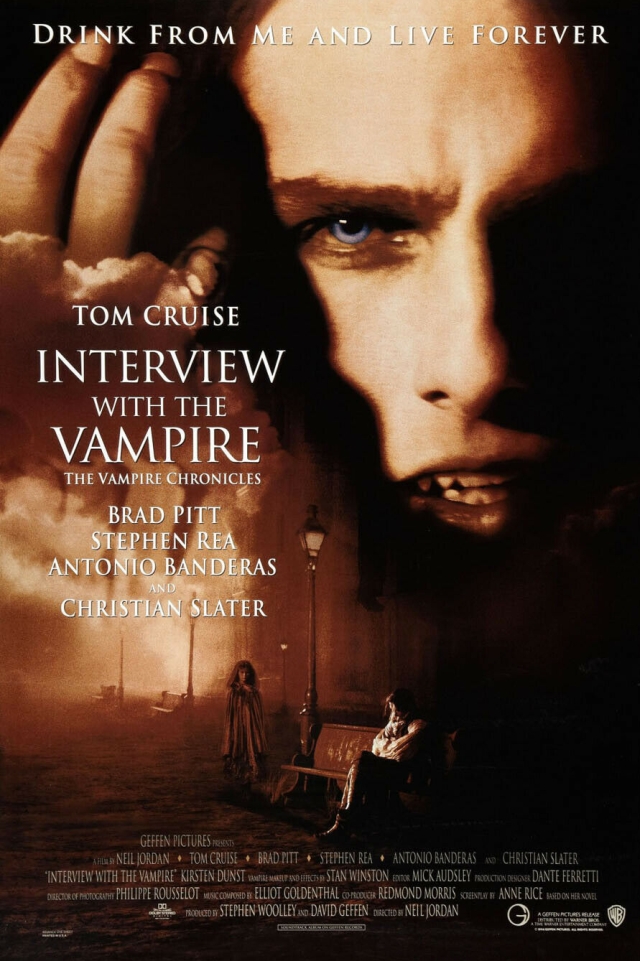 Interview With The Vampire
Warner Bros (1994)
The mythology of vampires has existed for nearly 300 years.  It has evolved with each passing generation to the point where the Dracula written by Bram Stoker bears only a passing resemblance to many of the vampires that appear in modern works of fiction.  The watershed moment in my lifetime took place 26 years ago with the theatrical release of Interview With The Vampire.  Based on the 1976 novel by Anne Rice, this film redefined the genre.  Whether their creators and fans admit to it or not, nearly all of the films, literature and comics since 1994 that have anything to do with vampires are based on the modern template that was established with this movie.