You Can Eat Sonic's Rings 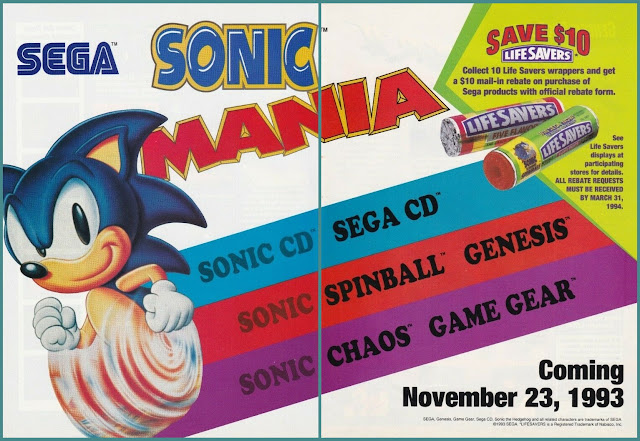 Life Savers
Nabisco (1993-94)
Sega cross-promoted with Nabisco several times during the initial Sonic The Hedgehog craze of the 90's.  The most memorable of these took place in 1994 when two exclusive flavors of Sonic branded Life Savers candy were released: Blue Rad and Hot Rings.
These flavors, in addition to specially marked packaged of Tangy Fruits Life Savers, were part of a promotion in which consumers could win a new Sega Genesis game console and a copy of Sonic The Hedgehog 3, which was released in February, 1994. 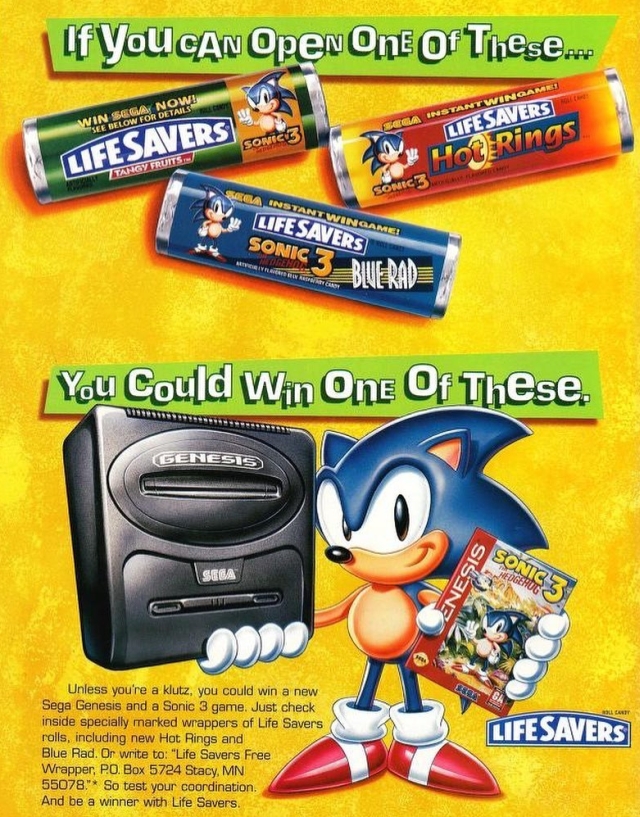 Nabisco released a lot of merchandise in conjunction with Sega, including hats and school textbook covers.  You can find them on eBay from time to time, but they tend to have ridiculously high asking prices.  One seller is asking over $100 for what they say is an unopened pack of Hot Rings.  The photos are sketchy at best, but quite frankly, it could come with a signed letter from the president of Sega and I still wouldn't pay a hundred bucks for it.  At least the ads are pretty easy to find.  If you leaf through a few comic books or video game magazines from the mid 90's, you're bound to find one before too long.