The Ghost Of Christmas Past 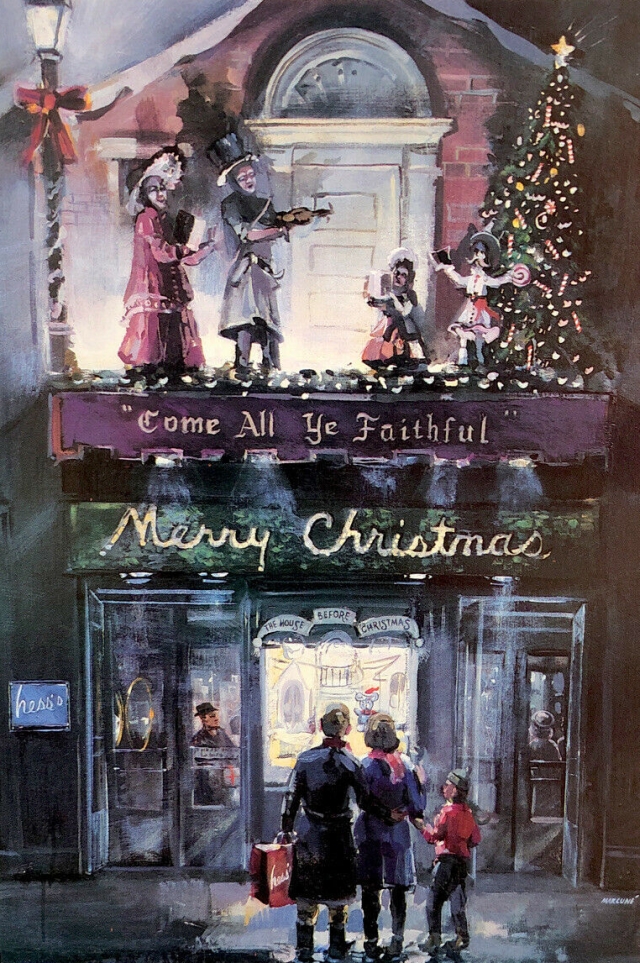 A Christmas Tradition
Ben Marcune (1994)
This artwork by Ben Marcune was created for a Christmas card to commemorate Hess's Department Store in downtown Allentown, PA.  It was the chain's flagship store which opened in 1897 and was known for the Christmas display that decorated the front of the store each December.  Hess's went out of business in 1994 and the store was sold to The Bon-Ton, who closed it for good in January, 1996.
The cards were sold by the Allentown Downtown Improvement District Authority shortly after Hess's ended their operation.  They sold out of their first print run of 20,000 in just three days.